What it’s about: Mulligan is a swinging-‘60s London student who has fallen for a much older man played by Peter Sarsgaard.

SheKnows movie fact: An Education is an official selection of the 2009 Sundance where it took the prize as the festival’s Audience Award and Cinematography Award
winners. 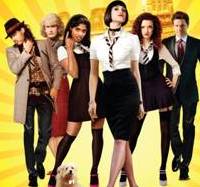 What it’s about: St Trinian’s, the infamous school for ‘young ladies’ is once again facing dire financial crisis! The bank are threatening headmistress
Camilla Fritton with closure. Her unorthodox doctrine of free expression and self empowerment is also under threat from new Education Minister Geoffrey Thwaits, an old flame of Camilla’s who
is determined to bring discipline and order to the anarchic school.

In true St Trinian style the girls are in a league of their own; smart, fearless and determined to defend the school they love to the end. They need to unite the warring girl gang cliques and come
up with the cash fast to save the school.

What it’s about: Free Style is one of the sports-based inspirational tales that draws audiences in with its central character in need of some sort of redemption.
With High School Musical’s charismatic Bleu in the lead as a motorcross racer with dreams of glory, the actor’s portrayal of Cale may prove to be a cinematic catapult to the
A-list.

What it’s about: Monaghan is a trucker who embodies the classic American stereotype of the person who mans the wheels carrying the products that makes the America clock tick.
As Diane, Monaghan has found an independent film character where she is able to flex her impressive acting muscles. 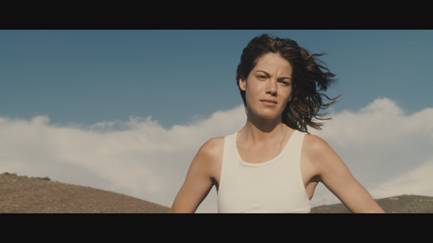 SheKnows movie fact: Written and directed by James Mottern, the auteur is a SheKnows one-to-watch. 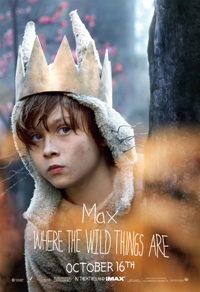 What it’s about: Spike Jonze has always been a visual marvel (Being John Malkovich and a few music videos that blew your mind including Weezer’s Buddy
Holly) and in his childlike peepers way of capturing life, the story of a young boy who dreams of another world and the visually marvelous journey he takes his audience on, has global
audiences eagerly anticipating the first page-to-screen version of a children’s classic.

In one world, the boy is dealing with his single mom (Kenner) and her new boyfriend (Ruffalo) and in the other, jaw-dropping creatures lead terrific adventures. Watching those worlds on film has us
the most of excited this October.

SheKnows movie fact: A book with only 10 lines spawns a reading revolution in children and after years and years, finally lands on screen in the hands of a visionary director who
has great chance to get it absolutely perfectly right as anyone in Hollywood history.

Stay with SheKnows all next week as we bring you our interviews with Where the Wild Things are director Jonze and the cast including Oscar-nominee Keener and the young star who carries the
film and has the perfect movie star moniker, Max Records.

New York, I Love You

What it’s about: A bevy of world-class directors tackle a slew of New York City based stories involving love, life and what it means to live in the Big Apple in 2009.

SheKnows movie fact: In the past, it takes the right writers and directors to create a cinematic ensemble film. Considering the talent behind New York, I Love You — color
us excited.

What it’s about: Horror movie fare about an average American guy (Badgley) who inherits the titular character without really being too cool with it. 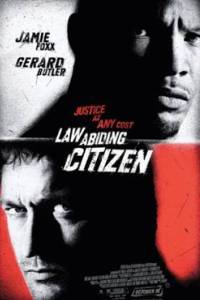 SheKnows movie
fact: Gossip Girl’s Dan is breaking out! Watch Penn Badgley grab not only Heard’s affections, but whether his Gossip Girl fanbase will follow him to the big
screen lies at the heart of who will break out as the big Hollywood star from the CW soapy hit.

What it’s about: Action and more action ensues when Clyde Shelton (Butler) loses his family to a brutal home invasion. The killers are caught and Philadelphia prosecutor Nick
Rice (Foxx) must offer a deal to one of Shelton’s family killers that allows him to serve a lighter sentence in return for testifying against his partner.

Law Abiliding Citizen then picks up 10 years later as that suspect that walked is found dead and Butler’s Clyde is suspect number one. die.

SheKnows movie fact: Butler is on a movie roll of late with his recent Oscar-buzzing turn in The Boys are Back while Foxx has failed to find film footing since taking the Oscar
for Ray.

Up next, Hilary Swank takes off as Amelia, Uma Thurman comical Motherhood and Astro Boy delights the kids!