Landing on a sitcom alongside The Soup’s Joel McHale and comedy legend Chevy Chase is not even Yvette Nicole Brown’s biggest thrill as an actress. It is Community’s occupying the hallowed ground of NBC’s Thursday nights that used to belong to her hero, Bill Cosby and his The Cosby Show.

SheKnows: As an actress, what is the best part of the creative process for Community?

Yvette Nicole Brown: Wow, that’s good. The best part is it’s collaborative. Dan Harmon is an amazing writer and he’s assembled a great team of writers. But, he
always gives us a couples of passes to do it how ever we want. Since everybody’s funny, and I like to say silly, we often make each other laugh. So, when it’s all of us there, before
you know it, we’re saying things to just make each other laugh. They catch it all. What ended up in the pilot — little mumbles — were things they allowed us to do just for fun. As
talented as he is, he’s so generous to let us come up with stuff as well.

SheKnows: Some actors get improv training as they’re coming up, but can anything really prepare you for acting in a room with Chevy Chase and Joel McHale while they are going at it on the Community set?

Yvette Nicole Brown: Nothing prepares you (laughs). I’m actually one of the actors who never had any professional training as an actor or in comedy, improv —
none of that. I’m literally flying by the seat of my pants most of the time. I have out-of-body moments all the time. Just the other day I was sitting in a study room scene and I think it was
Joel doing something ridiculously funny and I thought, ‘wow, I’m getting to work with Chevy Chase and Joel McHale.’ Then there are other people in the cast, like Danny Pudi, who
are just ridiculously funny. Everybody is really, really funny. Everyday is like seeing live comedy (laughs) and I get to become part of it. It’s like, ‘how did this life
become mine?’ It’s just amazing. 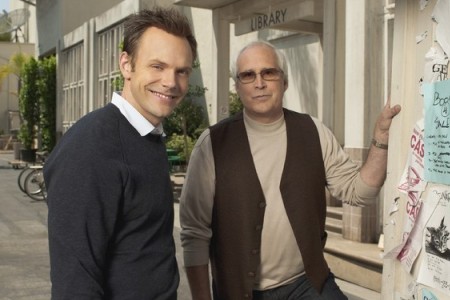 A Community ripe for comedy

Yvette Nicole Brown: I think community college could stand in for any job you have. Any job, just about, you are going to be thrown in with people that you may not know —
different races, different ages — I think any type of environment you’ve lived or worked in, it will fit. I have a little community college experience. When I was in high school, I would
take computer classes at the community college in the summer. I did get to see firsthand the mixture of all different types of people.

SheKnows: Personally, and even professionally, how exciting is it for you to know that you’re on a legendary night for comedy on NBC. 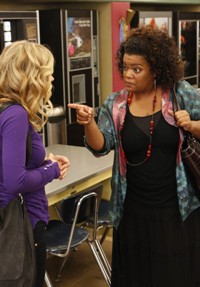 Yvette
Nicole Brown: I am the hugest Cosby Show fan, Friends and Seinfeld — nothing tops those shows for me. Especially The Cosby Show, as a black girl
growing up, that show resonated with me. To think I am blessed to be on a show that is on that night, and we’re actually moving into that time slot, it’s really like I’m going to
wake up any day and it’s only going to be a dream. I understand the magnitude of it. I understand, even for NBC, this is their premium night. To make it on Thursday night on NBC, every
comedy, I don’t care what network you’re on…every comedy wants to be on NBC on Thursday night (laughs)! It’s legendary. I cannot believe my good fortune. I don’t
take it as a small thing. I know it’s huge. I just pray that we can live up to all the great comedies that where there before.

SheKnows: When you said you’re moving to Cosby’s timeslot, you gave me chills…

Yvette Nicole Brown: I know! Just think about that…the thing about The Cosby Show for me, I grew up in the hood, in the inner city of East Cleveland. I remember at
the time people saying The Cosby Show was not realistic. Black people don’t live that way. I remember thinking in my single-parent home, ‘why can’t we have an
“aspirational” comedy? Why can’t I see a doctor and a lawyer and imagine how great that would be, why can’t I? Why is that bad?’ If I wanted to see reality, I looked
out the window. I didn’t have to see it on TV. I thought it was beautiful they were showing us another way to be.

SheKnows: “Aspirational comedy,” – I love that phrase. Lastly, back to Community, with so many rich and diverse characters and the potential there
storylines is priceless, are there any avenues that you would to see your character head down? 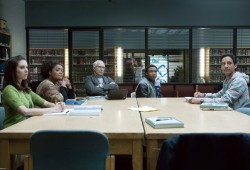 Yvette Nicole
Brown: I’d like to see Shirley rebuild her life after her husband left her. She seems to be in a holding pattern where he’s gone and she’s dealing with it. But, is she
really dealing with it? There’s a story arc coming up where she has to deal with it for the first time because during these first two episodes she is the single, divorced woman in
college and that’s fine. But, Dan worked something really beautiful in it — there are some scenes coming up that really start to show that there is a little crack in Shirley aside from
her mood swings (laughs). There is a reason she is that way. I would love for her to be able to figure that stuff out. She has kids, but we don’t know yet how many kids she has, or
how old they are — I think it would be funny to see her interactions with them. She treats the study group like they’re her kids, she’s very maternal. I’d like to see her with
her kids and not always pushing it on grown folks (laughs).

On the set of Bones