The Hills are alive on MTV once again while Christian Slater returns to TV in The Forgetten.

I spent last night Dancing with the Stars. Did you check out the new NBC series Trauma?
Great action but a little too much human suffering for me. I used to watch shows like these all the time but now they bother me, go figure.

Castle, on the other hand, made me smile wide! This show is ridiculously perfect. Nathan Fillion was born to this part and the
writing is so very clever. 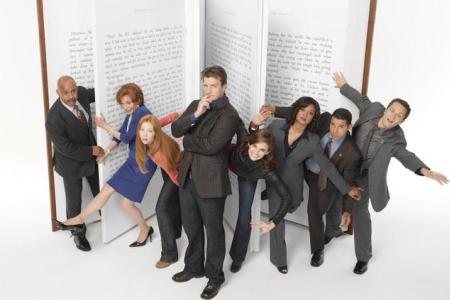 Last night Castle was more upset about the murdering of the English language (your instead of you’re — written on the victim’s face.) than he was about the brutal murder of a therapist.
That is, until he made a bet on it. The crime story itself didn’t turn out to be that interesting but I hardly noticed since I was so wrapped up in the characters and their attempts to on up each
other. Great stuff.

Monday is also Rachel Zoe night but I had to watch this one on fast forward. A huge part of the episode was devoted to a nauseous Rachel and that’s not what I want to see on this show. I
want glitz, glamour, fashion! I want to see Rachel going bananas over a Chanel necklace. Next week it’s off to Paris so that should be good for a couple of “wow moments.” Shut up! 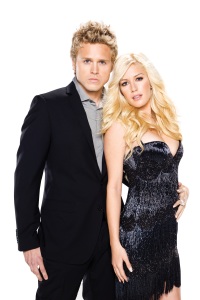 Bring on the drama llama; The Hills girls are back with ten brand new episodes. First, the past comes back to haunt the gang as an old friend steps into the picture. Meanwhile, Heidi is
finding out that married life isn’t all it’s cracked up to be.

Then, on The City, Whitney leaves her job at Diane von Furstenberg to work on her own designs while working for People’s Revolution. Olivia is offered a chance to advance at Elle
but the new PR director is in a position to crush all of her dreams if she doesn’t watch her step.

If you love an old fashioned mystery, tune in to The Forgotten which follows a group of civilians out to make an ID on a murdered Jane Doe. Tonight’s victim is Diamond Jane — so named for
the diamond engagement ring on her hand. Question is, why isn’t her fiance looking for her?

Also new tonight, more auditions on So You Think You Can Dance, eliminations on Dancing with the Stars and new episodes of NCIS, Melrose Place, Hell’s
Kitchen and more.

How do you like the sound of Kate Plus 8? Word is that Jon is out of the equation. Can the show survive without him? I predict a swift and further decline in the ratings.

Stephen King is in development on a new series based on his novella The Colorado Kid. It’s a one-man X-Files with an FBI agent investigating a curse on a small town in Maine.

Dancing with the Stars 9/29 recap