Roman Polanski was arrested this weekend in Switzerland after 32 years on the run from US rape charges. Polanski vows to fight extradition. 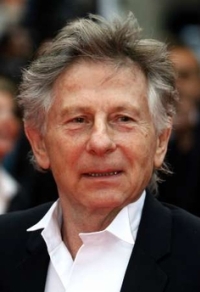 The infamous director behind
films like Chinatown, Rosemary’s Baby and The Pianist flew to Switzerland last week to receive the Zurich Film Festival’s lifetime achievement award, but was
instead nabbed by Swiss police at the airport.

Now, as France talks extradition with the US, the world seems to remain as split on what should be done with Roman Polanski as we did back in the ’70s.

In 1977, Polanski was charged with unlawful sexual intercourse with then 13-year old Samantha Geimer, who’d been fed champagne and Quaaludes at the home of Jack Nicholson. After pleading guilty,
Polanski went on the run and four years ago, an international arrest warrant was issued.

It may sound open and shut, since Polanski pled guilty, but the case was mired in speculation and split opinion from the start.

There were claims of judicial misconduct and proof that Geimer intentionally misrepresented her age, but there were also feelings of compassion for the Polish Jew who’d lived a troubled life that
included surviving the holocaust and losing his second wife, Sharon Tate, and their expected child to the Manson murders.

Still others feel that while he did deserve punishment for his crime, his years in social and political exile have been punishment enough. At the same time, Geimer, now 40, has also repeatedly
claimed that she has forgiven Polanski and does not wish to see him imprisoned.

All this has some Hollywood power players, including mogul Harvey Weinstein, rallying in support, but many remain in a fury over yet another case of a convicted, self-professed villain being turned
into the victim.

They note that Polanski’s time on the run has been fruitful for him. Sticking to countries without extradition charges, he has continued to create powerful films and even won the nod for Best
Director for The Pianist. There was even talk at the time of his 2002 win that he may be able to come to the Oscars ceremony in Los Angeles.

His lawyers are making lots of noise, insisting they’ll beat the extradition and see him out of prison before the US can get their hands on him.

SheKnows doesn’t know how one gets around being a convicted felon and fugitive, but will be watching as the drama continue to unfold.