From Away We Go, Monsters vs Aliens, How I Met Your Mother to the astounding 70th anniversary edition of The Wizard of Oz, September 29 home video releases run the gamut. 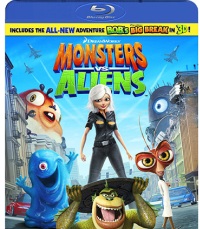 One of the highest-grossing films of the year lands on DVD. Monsters vs Aliens earned over $196 million at the box office here in
the US and now it’s available to bring home. Starring Reese Witherspoon and Seth Rogen, the 3D animated joy is
much more family film fare than serious animated film fun, and as such — your kids will love it!

The special not-to-be-missed aspect of this release is DreamWorks Animation has created a 3-D companion story to accompany the home video release.

If your family is a big fan of BOB from the film, the Ginormous Double DVD Pack and Blu-ray both feature the world premiere of BOB’s Big Break, the all-new 3D adventure starring
everyone’s favorite gelatinous alien.

The home video premiere features a cast including Seth Rogen (as the titular character), Hugh Laurie, Will Arnett and Kiefer Sutherland. 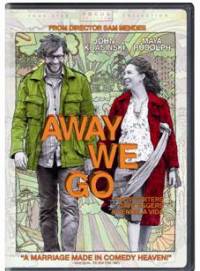 A fantastic film that is romantic and funny — but not a romantic comedy. John Krasinski and Maya Rudolph are a couple about to have a baby determined to find the perfect locale to settle down and
raise their child.

Throughout 2009, Warner Bros Entertainment has been marking the 70th anniversary of The Wizard of Oz with exhibitions and even a release of 20 major shoe designers’ new take on the
famous Ruby shoes!

Now, the film at the center of all the hoopela is finally available on home video as its never been seen prior.

The remastered Blu-ray and DVD The Wizard of Oz 70th Anniversary Ultimate Collector’s Edition possess six-times higher resolution than standard DVD — along with the sonic excellence of
Dolby TruHD.

The limited and numbered Ultimate Collector’s Editions of Wizard of Oz will feature 16 hours of bonus features – 4 hours of which have never been seen until now – a must for
every Wizard of Oz fan. Each DVD will bear a silver label containing a specific numbered version proving these are truly limited edition copies. Once they’re gone – they gone!

Wizard of Oz: before and after

At the heart of the remastered Wizard of Oz is the incredible work restorers did in turning an old film new.

How I Met Your Mother, season four 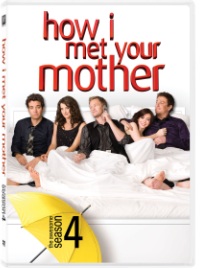 As the CBS
comedy launched their fifth season, their fourth has arrived on home video. With Neil Patrick Harris’ star ever-rising, including his amazing stint hosting the Emmy Awards, it is watching him
in How I Met Your Mother that is beyond priceless.

His Barney is among the best characters of the decade on television.

In season four, Ted moves ever closer to meeting the “Mother” in the title. He kisses plenty of frogs in search of his princess.

The standouts – just below Harris’ Barney – on this comic gem, is Jason Segel and Alyson Hannigan’s Marshall and Lilly.

In this fourth season, Ted loses his job and starts his own company, Barney celebrates his 200th female conquest and Robin moves to Japan. Guest stars on the How I Met Your Mother fourth
season include Ted’s former fiance (Sarah Chalke of Scrubs fame), Barney’s mother finally makes an appearance, (Frances Conroy; Six Feet Under) and Ted’s college
ex-girlfriend makes a comedic splash as played by Laura Prepon.

The How I Met Your Mother season four home video package is a three-disc set that includes 24 episodes, plus hilarious special features, gag reels and commentaries. 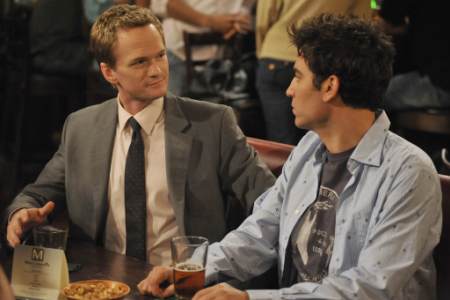 Jennifer Aniston stars in this…who are we kidding? This is a “don’t waste your time film” if there ever was
one. Sorry Jen, we love you, but Management is a stinker.

Coinciding with the release of Madonna’s latest great hits collection arrives Celebration: The Video Collection. Any Madonna is great Madonna, so fans and casual appreciators alike,
Madonna’s latest is reason for a celebration.