It’s war on Gossip Girl and Trauma premieres on NBC. 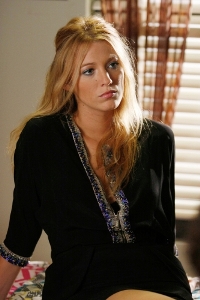 The wave of new shows
has subsided and as of tonight they’re down to a trickle with Trauma. Now it’s time to sort through the mess and see which shows you’ll be sticking with and which will lose a spot on your
personal viewing grid.

If you’re holding a spot for the new CW series The Beautiful Life, let it go. The series became the first official cancelation on
Friday. As for returning shows, Dollhouse opened with two popular actors from the genre and even that wasn’t enough to entice people to watch.

Numb3rs came back with a solid, but not spectacular, season opener. Gary Cole was wasted as a father out to prove that a political
activist is a danger to those around him. The stakes simply weren’t high enough for a started episode, but it’s always good to see everyone back for another go-round. And did Don grow his hair out?
He’s looking mighty fine.

One new show and one season premiere are on tonight’s schedule. 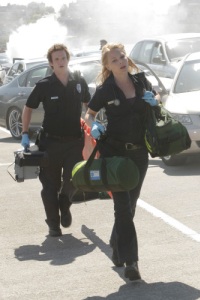 Do you remember the classic TV series
Emergency? The one where the paramedics respond to everything from major disasters to a guy caught in a fold-up bed. Well, this is that, only with more blood and explosions.

Yet another new medical series, this high-adrenaline version follows a group of paramedics as they patrol the streets of San Francisco. My sources say this isn’t one for the squeamish. Prior to the
premiere, watch a new episode of Heroes.

It’s season two of this drama that follows a group of psychologists who use advanced body language techniques to determine who is lying. The second season premiere offers up the case of a woman
with multiple personalities who could be either or a witness to a murder or the murderer herself. Lie to Me follows a new episode of House.

Dancing with the Stars followed by Castle on ABC, the Monday comedy line-up is all new on
CBS including How I Met Your Mother and that’s followed by CSI: Miami with new cast member Eddie Cibrian.

One Tree Hill and Gossip Girl are both new on The CW.

It’s war on the Upper East Side when Blair (Leighton Meester) and Chuck (Ed Westwick) both set their sights on a particular item up for bid at Sotheby’s. Meanwhile, Serena (Blake
Lively) suspects that her new guy Carter (guest star Sebastian Stan) may be up to his old habits while Michelle Trachtenberg’s Georgina makes the moves on Dan (Penn Badgley) 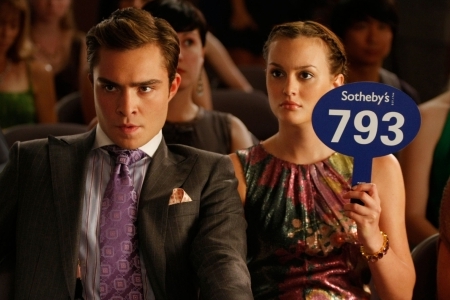 A&E has canceled The Cleaner.

TBS canceled The Bill Engvall Show. Not surprising considering the fact that wholesome family comedies don’t do all that well on TV. How sad is that?

NBC is holding its breath after brand new SNL actress Jenny Slate let the “F” word slip live on the air. I can hear the FCC ringing up the fine as we speak.

Fox gave the green light to animated comedy Sky Jockeys and The CW is going forward with docu-drama Fly Girls.

The latest from Survivor: Samoa