Audiences are devouring Cloudy with a Chance of Meatballs. In the highly competitive fall movie season, having Meatballs hit number one two weeks running has Sony smiling.

By topping the box office this September weekend, Cloudy with a Chance of Meatballs added another $24.6 million to its first-week
chart-topping $30 million bow. 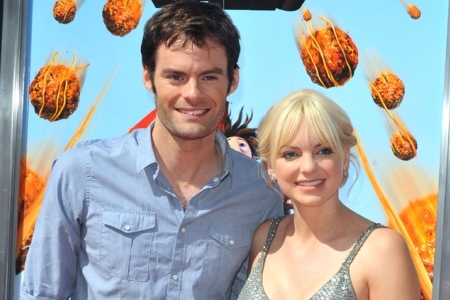 Closing out the top five was the prolific Tyler Perry’s latest, I Can Do Bad All By Myself — the last, non-Meatballs-named movie to hit number one.

Speaking to the competitive nature of the September movie month, there were a number of other big-star leading films that could not garner any audience interest including Dennis Quaid’s
latest Pandorum that earned a disappointing $4.4 million.

Two highlights in limited release is the Audrey Tautou starring Chanel biopic, Coco Before Chanel and Michael Moore’s latest documentary, Capitalism: A Love Story. Each should continue to build momentum as
they expand across the country in the coming weeks.

Looming on the film horizon in October is the highly anticipated Where the Wild Things Are and SheKnows has your full coverage including interviews with the cast and director Spike Jonze.
Stay tuned…

Anna Faris exclusive Cloudy with a Chance of Meatballs interview