Medium makes its CBS debut after Jennifer Love Hewitt’s Ghost Whisperer has its season premiere. Talk about a ghostly combination! 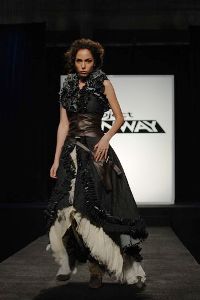 What did you see last night? If it wasn’t FlashForward, don’t worry; you’ll get another chance to view the well-reviewed show tonight on ABC. They’re also rerunning Modern Family
and Cougar Town.

For those who prefer lighter fare, Project Runway went to the movies
last night, asking each of the designers to create a look for a specific genre. Epperson complained about being stuck with Western but his design was both made for the movies and still couture.

Nicolas took the top prize though with his ice queen gown that was elegant and dare I saw…cool? Heading home was Ra’mon who began with an idea for a skintight lizard queen ala V but decided to
change it into a dress with only two hours left in the night. It was a sloppy mess and it cost him.

There’s only one new series on the schedule tonight but plenty of season premieres, check it out.

They say you can’t go home again and Mike Trainor is about to find that out the hard way. Now a wealthy, retired pro football player, Mike goes home to help with his brother who is in a wheelchair
after a car accident and can no longer run the family business alone. Close as kids, things simply aren’t the same between the brothers anymore and that’s a recipe for both laughter and tears.

Need a hero? It looks like Clark Kent (Tom Welling) is finally stepping up to the plate and accepting his destiny as Superman. But that doesn’t mean its going to be easy. Oliver (Justin Hartley) is
headed down the long dark tunnel and Zod is moving into the Luther mansion. And that new reporter at the Daily Planet, the one that looks like Brian Austin Green — he’s got a secret. Doesn’t everybody on Smallville?

Starting its twentieth season, Law & Order is now tied with Gunsmoke for the longest-running prime-time drama on TV. NBC has moved this series to the 8:00 slot, which is a
little surprising especially given then nature of tonight’s episode which is about a soldier who was tortured and a potential government cover-up.

The new season of Jennifer Love Hewitt’s Ghost Whisperer begins when Melinda has her baby and what do you know, the child has her
gift for seeing spooks. Maybe they should name him Haley Joel?

Keeping in the ghost theme, Allison wakes up from her coma and suddenly she’s on CBS. Amazing. The new season begins with the aftermath of her brain surgery and a story about a sportscaster who is
being stalked. Medium is back! 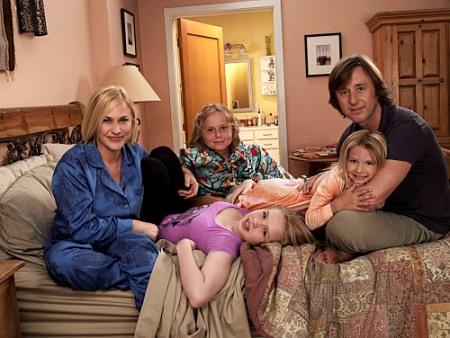 It’s time to reopen the Dollhouse and Joss Whedon has a heck of a new season planned. It all begins with Battlestar Galactica’s Jamie Bamber as a wealthy businessman who wants to
marry Echo (Eliza Dushku) on the Fox hit.

My second favorite TV show returns for a sixth season and it begins with the attempted assassination of a political activist. Gary Cole guest stars on the season premiere of Numbers.