The fractured family of Mackenzie Phillips is talking about her revelation of an abusive, incestuous relationship with her father. 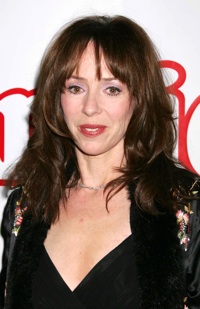 Her stepmother, Michelle Phillips of the Mamas and
the Papas, says Michelle is full of it.

“She told me, then she called me back and said, ‘You know I’m joking.’ I said it wasn’t funny. Mackenzie said, ‘I
guess we have different senses of humor.’ John was a bad parent, and a drug addict. But (expletive) his daughter? If she thinks it’s true, why isn’t she with a good
psychiatrist on a couch? I think it’s unconscionable that Oprah would let her do her show. I have every reason to believe it’s untrue. Oprah should be more judicious about who she has
on her show.”

“Mackenzie has a lot of mental illness,” Phillips continued. “She’s had a needle stuck up her arm for 35 years. She was arrested for heroin and coke just recently. She did Celebrity
Rehab and now she writes a book. The whole thing is timed. Mackenzie is jealous of her siblings, who have accomplished a lot and did not become drug addicts.”

But at least one of those siblings is standing by Mackenzie. Chynna Phillips, Mackenzie’s half-sister and ember of the ’90s trio Wilson Phillips, said Mackenzie told her about the abuse in 1997 and
she’s never doubted the veracity of the claim. “Somebody could have dropped a piano on my head and I probably wouldn’t have felt it,” Chynna said. “I knew it was true. I mean, who in their right
mind would make such a claim if it wasn’t true?”

Chynna says the news put her in “a deep, deep sadness and depression for about 10 days. A part of me died when I found out.”

Mackenzie’s other step-mom — who happens to be Chynna’s mother, Genevieve Wait — dismissed the claims in a statement to Oprah. “John was a good man who had the disease of alcoholism and
drug addiction,” Waite said. “He was incapable, no matter how drunk or drugged he was, of having such a relationship with his own child.”

And a half-brother, Tamerlane — the son of Genevieve — had this to say: “My family is and always will be a decrepit bowl of dog urine compared to Nityananda of Ganeshpuri. That is how great
Nityananda is. Worship Nityananda, not the Phillips family. Nityananda can protect you.”

Mackenzie says she is not surprised by her family’s fractured response to her public revelations.

“I love my family,” she continued. “I understand this is very difficult, and to be revealed on a public level such as this makes it ever more difficult, and my heart goes out to them. I know that,
God willing, as a family we will all be stronger when this dies down.”