Grey’s Anatomy returns for its sixth season with a two-hour premiere episode! 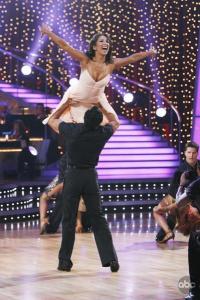 Dancing with the Stars really kept things moving last night
with a double elimination and some spectacular performances.

The dance troupe from The Lion King took over the ballroom with their innovative puppet costumes that turn people into animals. It was an uplifting number that I wish I could have seen in
person as it was too big for the TV screen.

Uplifting in a different way was the salute to Patrick Swayze. The pros performed three dances ending with the iconic finale number from
Dirty Dancing. Afterward, the entire company, stars and pros, came out on stage and when Tony kissed his fingers and lifted them to the sky, there wasn’t a dry eye from anyone watching.
Very moving.

As for the two couples who were eliminated on Dancing with the Stars —
America got it right — Ashley Hamilton and Macy Gray were sent home. There were couples with lower scores than Macy, but her behavior and demeanor on the dance floor obviously didn’t win her any
fans.

Glee was pure joy last night and I think this is my favorite new show of the season. I’ve heard people complain about the stereotypical characters on this show, the effeminate gay boy, the
nasty cheerleaders, the dumb jocks, and I think they’re missing the point. The show is all about how we get labels in life and how hard it is to break them. Last night on Glee, Finn
convinced the football team that dance might be the key to winning. 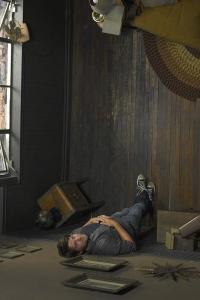 But while the guys enjoyed
shaking their booty for fun, they were worried about being laughed at if they performed the dance on game day. But as Finn pointed out, they were already being laughed at for never winning a
football game, so what did they have to lose.

The scene where the players bust out to Single Ladies in full football gear was joyous and funny. Then, to watch Kurt admit to himself and his father that he’s gay – yep, there I was,
crying again. I think we’re looking at Emmy awards next year for best comedy and certain a nomination for Jane Lynch who delivers a line like nobody else on TV.

Now it’s time to look to the future but we might not like what we see. It’s the premiere of ABC’s FlashForward and the return of three old favorites.

The opening scene of FlashForward will make your jaw drop and then you’ll be catapulted into a whirlwind of confusion.

For two minutes and seventeen seconds, everyone on Earth blacked out and while they were out, everyone saw what they would be doing on April 29, 2010 at 10:00 p.m. 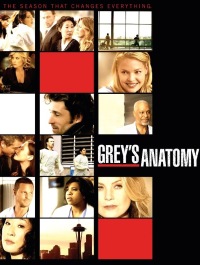 Some saw
great things, some saw horrible things and everyone wants to know why, how and is the future written in stone or can it be changed. It’s an ambitious series in the style of Lost, with a
dozen top notch actors such as Joseph Fiennes, John Cho, Dominic Monaghan, and Gabrielle Union.

Tune in tonight because tomorrow the world will be asking one question: what did you see?

The doctors and nurses of Seattle Grace deal with death all the time but that doesn’t make dealing the sudden and violent death of one of their own any easier.

George is gone and now they each must find a way to cope and move on.

It’s a poignant and intense return for an all new season of Grey’s Anatomy.

CSI begins its tenth season with the return of Sara Sidle and a case involving the death of a famous actress in a suspicious traffic accident.

The second season of The Mentalist begins with Jane and Lisbon being pulled off the Red John case. Now it’s being handled by straight-shooting Sam Bosco (Terry Kinney) and that’s
not sitting well with the team.

The Vampire Diaries and Supernatural on The CW

Bones and Fringe on Fox

NBC has their blockbuster comedy lineup including Community, The Office and Parks and Recreation.