SheKnows: Can you talk about working with director Scott Hicks? 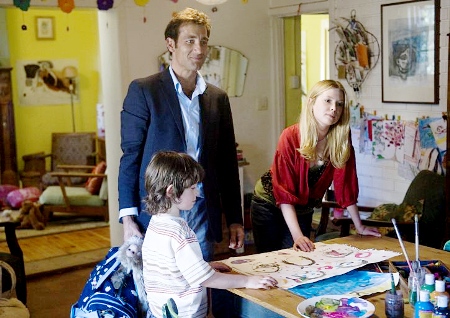 Clive Owen: It was a very, very healthy collaboration. We first started talking about the film quite a few years ago. He’d read it, responded and he sent it to me and I met him and
I said ‘I really like it’. But, through scheduling and all sorts of things, it took a long time to come together. But, we both stayed very loyal to it. We kept in touch and said ‘we mustn’t let
this one go’. And, eventually, everything aligned and we made it. We had a very good time and I thought he was the perfect choice for this kind of film. There’s a sort of delicacy and sensitivity,
an intelligence about his work that would really suit an intimate piece like this.

SheKnows: What drew you to this project not only as an actor but a first-time executive producer? 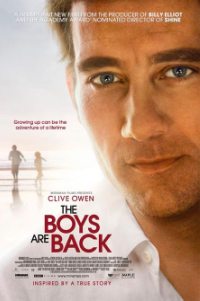 Clive
Owen: Well, the executive producer (title) is because I was involved at such an early stage. I was very involved in how the script was developed and how it changed. It was super radical
but there was an awful lot of honing done over time; just taking out an sentimentality or anything that didn’t ring true. So it was really to protect that, to acknowledge that we were going to go
in and make this film together Scott and I and it was a very good collaboration.

SheKnows: How did your own experience with parenting and family life inform your performance in the film?

Clive Owen: It played into lots in terms of the situations we found ourselves in in the film. You can’t help but pull on times that you’ve had with your kids. There was a lot of
tweaking with ‘that doesn’t ring true’. Or ‘it’s not like that’. It didn’t worry me to push the tougher times. All parents can relate to when their kids go into a funk and they’ve got nowhere to go
and where do they go from here? How do you deal with a 6-year-old who gets into his little corner and doesn’t want to come out? I really wanted to explore that because every parent will relate to
that. We’ve all been in these situations so it did infuse quite a lot.

SheKnows: How was the shoot on this film? Beautiful South Australia country.

Clive Owen: The shoot was about nine weeks and we were in the most beautiful part of South Australia which is a very long way away from home for me. It took me 24 hours to get
there. The house was a set that was built in the most stunning area. Literally, the shot at the end of the movie in the car was my drive to work every day. It was the most beautiful area. Apart
from the heat and the flies, it was a very pleasant shoot.

SheKnows: What do you hope an audience will take away from The Boys Are Back?

Clive Owen: I’ve seen the film and I’m very proud of it. I think it’s very rich, very full and it’s terribly moving for lots of different reasons. I think it’s a film that will
have very strong resonances to all kinds of people. If you’ve grieved, if you’ve lost somebody it will be very powerful. If you’ve been estranged from your kids, it will be powerful or if you are a
single parent. Parents will relate to it because that’s what it’s about really. Ultimately, it’s about the ups and downs of parenting so I think it’s a terribly honest depiction of that part of a
lot of people’s lives.

Clive Owen: I’m actually not sure. There are a few things floating around but I haven’t committed to anything yet.

SheKnows: Finally, give us your advice. What do you think is the most important parenting skill?

Clive Owen: (thinking) To love them.

Read on for more movie interviews