John Travolta has finally admitted that son Jett was autistic, ending years of speculation and denials. 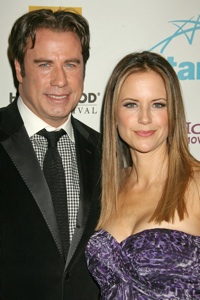 The admission came in a Bahamas court, where John is testifying in an extortion trial against paramedic Tarino Lightbourne and former Bahamas senator Pleasant Bridgewater. The pair attempted to blackmail John and wife Kelly Preston over documents related to Jett’s ambulance transport.

John and Kelly, both longtime followers of Scientology, previously only said Jett suffered from Kawasaki disease and said this caused frequent seizures. Scientology teaches that autism is not a true affliction and members are told to never take any kind of drugs or see therapists.

In addition to autism, John says Jett suffered from seizures every five to ten days.

The admission came in the midst of a heartbreaking court battle over a disgusting extortion plot. The defendants attempted to blackmail the family over papers John signed regarding Jett’s ambulance transport.

John originally wanted Jett flown to the US for treatment after the teen was found unconscious in his bathroom. The flight time would have been comparable to ambulance transportation to a local hospital, where John felt Jett would not receive the same quality care. In the end, Jett was brought to the Bahamas hospital where he was declared dead.

Will the Travoltas feel what could be harsh repercussions from the Scientology community due to this admission? Stay tuned…