When The Beatles hooked up with the Rock Band video game franchise, experts wondered if the marriage would prosper. With The Beatles being The Beatles, it was not as simple as producing a video game. The Beatles went back and remixed every sound they ever emitted creating remastered versions of all their classic albums to coincide with the The Beatles: Rock Band release.

Now, The Beatles are breaking CD sales records across the globe. The Fab Four, despite efforts from Muse, Coldplay and U2 to become the biggest band in the world, have proven that time has done
nothing to their commercial impact on pop culture. 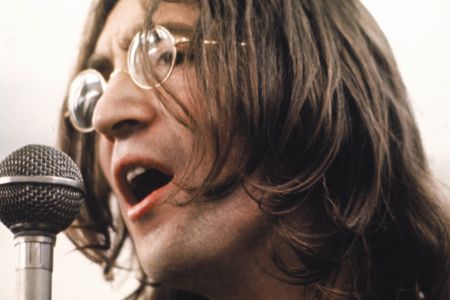 In the UK, North America and Japan The Beatles have moved 2.5 million copies of their catalog since the band’s September 9 global reintroduction. The most popular rock band of the 20th century has a solid hold on that title for the 21st century.

John, Paul, George and Ringo sold one million copies of their albums in one week in the US.

On Billboard’s Comprehensive Albums chart — which lists the most popular album releases in the US, including current and catalogue titles — The Beatles set a new record for the
most simultaneous titles by a single artist (18), including five of the top 10 and nine of the top 20.

On the Pop Catalog chart, The Beatles achieved another new Billboard chart first for the most simultaneous titles in the top 50 (16), a record they previously set themselves with 12 titles
in December 1995. The Beatles have nine of the chart’s top 10 titles, and all 14 re-mastered CDs are in the top 20, led by Abbey Road at number one and Sgt. Pepper’s Lonely
Hearts Club Band at number two.

In Italy and France alone, The Beatles have reclaimed their throne as pop kings. In France, all 14 of the re-mastered titles and boxed sets entered the latest album chart, including three in the
top 10, led by Abbey Road at number four — a new record for the most original studio albums in the French album chart in one week. And in Italy, The Beatles have 17 titles on that
country’s current pop charts.

And on the other side of the globe, in Colombia, half of that country’s top 10 albums are re-mastered Beatles titles.

Lily Allen on The Beatles

Katy Perry on The Beatles

Inside The Beatles Rock Band