Mackenzie Phillips revealed the cause of her decades-spanning drug-addiction: a long-term incestuous relationship with her father, John Phillips. 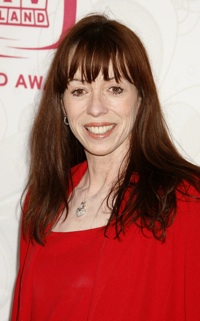 The 49-year-old former star of the hit sitcom One Day at
a Time revealed she first had sex with her father, the Mamas and the Papas founder John Phillips, the night before her wedding to
Jeff Sessler at the age of 19.

It was a sexual relationship that would continue for years, according to her new memoir High on Arrival.

“On the eve of my wedding, my father showed up, determined to stop it,” Mackenzie wrote. “I had tons of pills and Dad had tons of everything too. Eventually I passed out on Dad’s bed.”

“My father was not a man with boundaries. He was full of love and he was sick with drugs. I woke up that night from a blackout to find myself having sex with my own father.”

At 13, Phillips says her father shot her up with heroin for the first time. She also reported a one-night stand with Mick Jagger
at 18, at which time she claims he told her, “I’ve been waiting for this since you were ten years old.”

That same year Mackenzie was arrested for public drunkenness and cocaine possession. She was soon fired from her hit show. Her most recent drug troubles revolve around an arrest at LAX when
airport police busted her with heroin and cocaine; she pleaded guilty to one felony count and entered rehab.

In her memoir, Mackenzie writes about confronting her father, telling him, “We have to talk about when you raped me.”

John responded, “You mean when we made love?”

Avril Lavigne is getting divorced