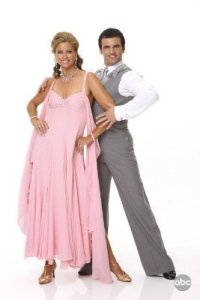 Ireland came to fame as the model with the searing blue eyes that stole the spotlight from the likes of Elle MacPherson and previous Dancing with the Stars hoofer Paulina Porizkova. Then after modeling had taken Ireland across the world and she graced hundreds of magazine
covers from Sports Illustrated, Vogue to Entrepreneur, Ireland built a home furnishing empire.

Exclusively to SheKnows, Ireland dishes as to how her ever-increasing passion for charity is why she is donning her dancing dresses ready to hoist the Disco Ball Trophy in December.

Kathy Ireland: Hello Joel, how are you?

SheKnows: I’m great, thanks for visiting with SheKnows…so how’s rehearsals going so far? Is it as much of a physical challenge as it appears?

Kathy Ireland: So much more (laughs). Words cannot describe it. At the same time it is so much fun and I’m really enjoying it.

SheKnows: Are you discovering muscles you never knew you had?

SheKnows: (Laughs) You say you’re having a blast and so much of Dancing with the Stars success is about chemistry. How is working with Tony
Dovolani?

Kathy Ireland: Tony’s is such a great teacher. He’s a world champion dancer. What I appreciate about him is he’s a good listener. He’s very intuitive. He
doesn’t have a one-size fits all approach to teaching. He looks at each person and sees what’s going to get through to them. For example, Tony was just with me in Las Vegas yesterday at
our Home Furnishing Market. I gave a speech on social messaging and we’re celebrating our 10 year anniversary with Warren Buffet’s company — Shaw Industries — our flooring
partner, working to get the word out with our window covering partners. October is national window covering safety awareness month and we’re letting families know accidents are avoidable
and working to minimize those in the home. Tony was with me all day throughout my meetings and he had work cut out for him.

SheKnows: It’s amazing the work the professionals do considering how little they can prepare for you celebrities?

Kathy Ireland: The professionals have no idea who they’re going to get stuck with until the moment before the show gets going (laughs). I have zero background. I
took one dance class, crashed into the mirror and hurt my ankle. I never did runway before I started working with Tony. I couldn’t walk in high heel shoes. He’s even had to teach me how
to walk.

Kathy Ireland: No (laughs). I had to learn how to look decent walking (laughs). He would do these imitations of me and it’s like ‘wow, do I really look like
that?’ (Laughs) Thanks a lot! He’d coach me walking into a meeting. His approach is very unique.

SheKnows: You are a busy mom and busy businesswoman — why do Dancing with the Stars now? 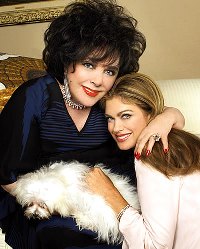 Kathy
Ireland: At this point in time, with the economy as it is, non-profits are hurting. Businesses are closing right and left — businesses that non-profits depend on. This is an
excellent opportunity to bring awareness to non-profits that are close to my heart. My business family challenged me. They knew I was terrified at this offer, at this concept. They said, ‘We know
this is so far out of your comfort zone, it’s not even funny. But you’re always telling others to step out of their comfort zone. It’s your turn. Whatever you bring in,
we’re going to match it for the non-profits.’ Non-profits that we do support in a powerful way are The Alliance for Christian
Education, Providence Hall High School, The Elizabeth Taylor HIV Aids foundation, Athletes and Entertainers for Kids and Feed the Children.

SheKnows: You know, I really wondered because your charity work has been well documented — nicely done — especially because they are so hurting right now.

Kathy Ireland: You know it’s crazy times. But, I really feel they are hurting the most. People who have made financial commitments before are not able to honor them now.
It’s scary.

SheKnows: For you, I’m sure as you progress through this thing, as it gets tougher and tougher, I would think the charities would be the ultimate motivation.

Kathy Ireland: It’s a huge motivating factor. It’s huge! When it’s on the line, when I want to quit, that will keep me going. 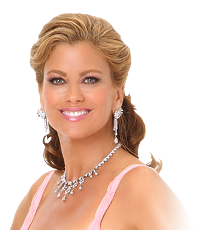 SheKnows: Are there dance styles or a style you’re looking forward to learning?

Kathy Ireland: It’s all so new to me. It’s like a foreign language. I’m just excited. I’ve always admired dance. It’s so beautiful to watch. I have a
whole new level of respect. I had no idea how difficult it was and even mentally — the focus that is required to be able to learn something quickly. Tony’s really worked with me on
getting rid of these limitations that I either imposed on myself or I allowed other people to put on me: like I have no rhythm or can’t walk in heels without being
clumsy. They’re all just excuses. It’s been really challenge working through them, but I’m so excited and I believe this will carry through all areas of my life. My balance
is better (laughs). That’s always going to help!

Inside Anna Wintour’s The September Issue