A pharmacist warned doctors for Anna Nicole Smith that the drugs prescribed for the blond bombshell amounted to “pharmaceutical suicide.” 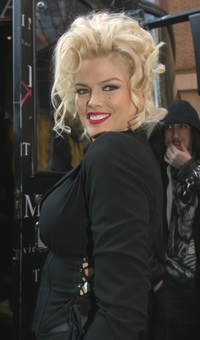 An investigation is underway on the role of psychiatrist
Khristine Eroshevich and internist Sandeep Kapoor in the overdose death of Anna Nicole Smith in 2007.

According to unsealed affidavits, Smith’s doctors were warned that the multitude of drugs prescribed to the model after her son’s death were a deadly combination by three separate pharmacists.

The above-quoted pharmacist refused to fill the prescriptions and recalled thinking, “They are going to kill her with this.”

The doctors and Anna Nicole’s attorney Howard K Stern pleaded not guilty in May 2009 to illegally providing her with controlled substances.
A preliminary hearing is set for October.

Katherine Heigl shows off her baby!