Fall premieres are everywhere tonight with Dancing with the Stars, House and Accidentally on Purpose. 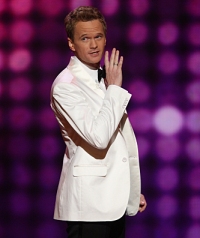 Harris: emmy host with the most

Neil Patrick Harris handled the hosting duties in a comfortable and welcoming manner. Some of his jokes weren’t all that funny, but he beat last year’s hosts hands down. New this year was the idea
of presenting the awards by category, all of the comedy together, the reality together, etc.

It made for a good mix of big names and lesser known names hitting the stage throughout the show.

It’s interesting to me that of the six biggest awards, only one regular network show took home a prize and that was 30 Rock which won Outstanding Comedy and Actor in a Comedy for Alec
Baldwin.

The other prizes went to cable shows such as Mad Men, Breaking Bad and Damages. I find it really ironic that Kristin Chenoweth won for Pushing Daisies, which was
canceled ages ago. And I’m really perplexed by the fact that only Lost and Mad Men were nominated in the category of Outstanding Writing for a Drama.

Seriously folks? There wasn’t another show on TV written as well as those two? 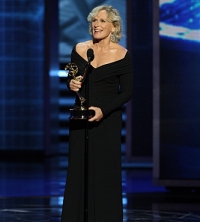 I’m also surprised by the lack of
production numbers or tributes in last night’s show. Maks and Karina performed an uninspired dance routine with what looked like some of the cast from So You Think You Can Dance (the
camera never really got close enough to tell).

Sarah McLachlan performed a moving version of I Will Remember You for the In Memoriam section and Neil had a clever opening number but that was it. I know the show is supposed to be about
the awards and the honorees, but it is still a TV show and as such, it must entertain.

It’s the biggest TV premiere week of the season and it all begins tonight.

Donny Osmond, Melissa Joan Hart, Joanna Krupa and fighter Chuck Liddell are just a few of the stars taking to the dance floor tonight on the fall premiere of Dancing with the Stars. 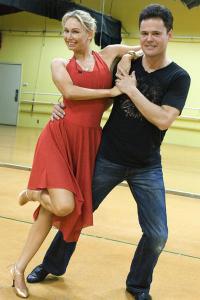 We’ve got new pros, and four new dance styles —
the Bolero, the Charleston, the Two Step and the Lambada.

It’s going to be an exciting and surprising season and I’ll have a recap for you after each episode so be sure to come back here to SheKnows and leave us your thoughts.

Andre Braugher guests in the big two-hour season premiere that has House going through detox at a psychiatric hospital. But you know House, so you know he’s going to bend the
rules and probably break a few the doctor struggles to heal others while healing thy self.

This fourth season is called Redemption and begins with the heroes trying to return to their “normal” lives. But can someone so extraordinary ever be ordinary? I doubt it, or there’d be no
show.

The bigger question is, can this show return to its former glory? Tune in to Heroes and find out.

How I Met Your Mother, Accidentally on Purpose, Two and a Half Men and The Big Bang Theory

All your favorite CBS comedies return with new episodes tonight and they’re joined by a newbie in the pack. Jenna Elfman stars as a single woman who sleeps with a much younger man and ends up
pregnant on the new series Accidentally on Purpose. She decides to have the baby, her “boy toy” decides to stay in the picture and
generational comedy ensues. Grant Show and Ashley Jensen co-star. 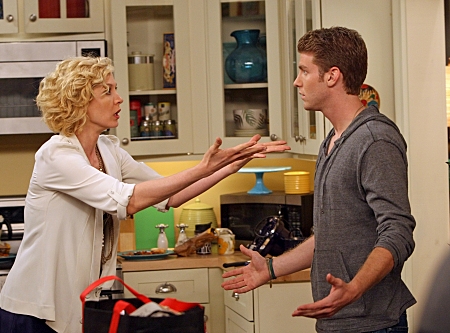 With Delko hovering between life and death, Horatio has a flashback! This season opener is all about how the team first met twelve years earlier as CSI: Miami begins its eighth season.

Castle (Nathan Fillion) is back with all new episodes and the first order of business is setting things right with Beckett (Stana Katic.) Last season, he did a little poking around in her
past and she was not amused. Tonight, they’ve got to find away to work together again as they investigate the case of a man up a tree.

In addition to all of that, The CW has new episodes of One Tree Hill and Gossip Girl.