SheKnows Chick Lit loves us some funny chick lit from across the seas. Wasn’t it Helen Fielding’s adorable Bridget Jones that got us hooked in the first place? And in anticipation of the third movie installment of Bridget Jones’ Diary (thank you Renee Zellwegger!), we are looking at some other fabulous British Chick Lit that makes us swoon. 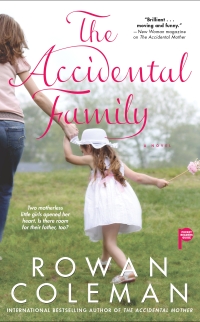 Author Rowan Coleman won us over with
her smart and touching The Accidental Mother — a story about Sophie Mills, a single, career-driven woman whose life is suddenly turned upside down when her best friend is killed and she
finds herself the appointed guardian of two precious little girls.

Just as she’s starting to figure out her new life as an accidental mom, Louis – the girls’ absent father – returns. And everything Sophie thought she knew is tested.

Now, because fans wanted more, Coleman picks up where she left off with Sophie, Louis and the girls in her new US release The Accidental Family. And SheKnows Chick Lit knows it’s no happy accident that we’ve found a new favorite Brit Chick Lit star.

The British belle of Chick Lit

SheKnows: Congrats on your new book and your new baby! Tell us — which was harder to deliver?

Rowan Coleman: Wow, it’s too tricky to choose. I actually finished writing The Accidental Family about a year ago – so that one was done and dusted before baby Freddie
(like the baby in my book Mommy By Mistake, he’s named after Freddie Mercury of Queen fame) was on the cards. But I did have my newest book to deliver before he was born and it was a bit
of a race against time! I was determined to have the first drat to my editor before he was born so that I could take a few weeks off after the big event to get to know him. Freddie was three days
late, which was three days too long in my opinion. In the end, we played Don’t Stop Me Now by Queen into my tummy and he made his debut appearance six hours later!

SheKnows: The Accidental Family picks up exactly where The Accidental Mother left off, but it’s a completely stand alone as well. What made you decide to continue
Sophie’s story? How hard or easy was it to pop back into that world and continue where she left off?

Rowan Coleman: While I write serial fiction for teens it’s a departure for me to go back to a story and characters in my adult fiction. It’s probably not something that I
would have thought of immediately on my own because I’m always so full of new ideas. It was the readers, first in the UK and then in the US who kept on asking me what happened next to Sophie, Louis
and the children. The more I thought about, the more I found I wanted to know, too. After awhile it seemed that they were telling me their story. I did know that if I wrote a continuation of the
story I wanted it to work as a stand-alone book too, and to develop all of the characters further so that I wasn’t just re-writing the original book. As a consequence, I threw my ‘accidental
family’ into the path of quite some complications which I think tests and throws new light on each of them, even the children.

The joy of Coleman

SheKnows: Here at SheKnows Chick Lit, we love all your books. Which has been the most fun for you to write? Which was the
most challenging?

Rowan Coleman: That’s such a hard question to answer, it’s like choosing between your children! All of my books have been very different to write. I will always have a soft
spot for The Accidental Mother because there is something about that book that has a touch of magic, at least for me. It’s one of those occasions when everything just worked and
flowed during the writing process and every day at my desk was a pleasure. Having said I laughed a lot when I was writing Mommy by Mistake. Is it wrong to laugh at your own jokes?

SheKnows: Who are your favorite chick lit authors?

Rowan Coleman: I love Marian Keyes and I’m a big fan of Hester Browne too. Also Sophie Kinsella and Katie Ford
– these are all British writers, I know. I’m always keen to discover new writers, too. 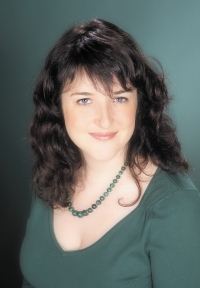 SheKnows: I once read on Facebook
where you unpacked a box of books and it was like having friends over for tea and cake — so funny! If you could pick three women to have tea and cake with (authors, movie stars, etc.) who would
you chose?

Rowan Coleman: Ooh, I’d love to have tea with Maya Angelou. I’ve read and re-read her work from a young teen to the present day. Despite our very different cultural and
ethnic backgrounds she has inspired me an enormous amount – to write, to have confidence in myself as a girl and a woman and, apart from anything else, I bet she’s wonderful fun. I’ve always wanted
to meet Lauren Bacall as well. I think she is a one of the most beautiful women I’ve ever seen, not to mention a legendary actress with a truly fascinating life. And to keep this particular
tea party theme American, I’d also love to share tea and cake, on a gingham table cloth of course, with Doris Day. Oh my, so many hours of my life have been spent watching her films! I love her and
that sunny optimism that she embodied in the ’50s and ’60s. I also love her voice and think she’s a wonderful actress. She’s a hero of mine — she even makes a guest appearance in my second UK
novel After Ever After.

SheKnows: What are your thoughts about the term Chick Lit?

Rowan Coleman: Well I’m not a huge fan of the term, after all is there a similarly flippant and off hand term for witty, engaging, dynamic and romantic fiction written by men? No,
of course not. And I’ve always thought it gives the impression that any book written under that banner has been sort of dashed off without much care or effort — which could not be further from the
truth. On the other hand it’s been around for so long now that it’s taken on a meaning of its own and it does direct readers to books that they will enjoy. So, given that it’s not
going anywhere, I embrace it and I am proud to call myself a chick lit writer, especially when I am in such talented company.

SheKnows: What do you want your US fans to know about you and your books?

Rowan Coleman: I hope they already know that I love writing, and that I have really loved being published in the United States thus far. It’s wonderfully exciting and fun to
make contact with my transatlantic readers and their feedback and opinions have certainly been most inspiring over the last three years. I love getting Facebook messages from as far a field as
Texas or New York — it’s kind of funny and thrilling to think that from my little office in my little house in Hertfordshire that my words have traveled so far! I’ve written eight novels in
total, three of which (Growing Up Twice, After Ever After and River Deep) are not yet available in the U.S and the one that I’ve just delivered (as yet untitled) which
will be out over there next year. I also write the Ruby Parker Series for teenage girls and I’ve just completed a new paranormal ghost hunting adventure book for teens called Nearly
Departed. I sincerely hope that my US readers continue to enjoy my books and to get in touch with me via my blog and Facebook and let me know what they think — I always love to hear from
them!

SheKnows: What are you working on now?

Rowan Coleman: As I’ve mentioned I’ve just completed my eighth novel for women (and some men!) I haven’t found exactly the right title for it yet but it’s about a very
sheltered woman, a devoted wife and mother, who is widowed suddenly and is forced to take in lodgers to make ends meet. It follows her on her journey to come to terms with her husband’s death and
the repercussions and revelations that follow, and also to re-engage with herself and her son. Like all of my books, there are some tears, but lots of humor, romance and a bit of passion too!