Emmy Award winners for 2009 have a distinct look of yesteryear. That is because it may be a different year, but the results in the major categories are the same as 2008 including Mad Men and 30 Rock taking top trophies. 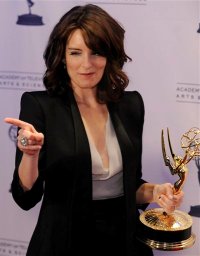 Tina Fey nabbed another Emmy for her 30 Rock portrayal of Liz Lemon and Alec Baldwin joined her with the Best Actor in a Comedy Series
category. Both profusely thanked producer Lorne Michaels.

Also repeating a win is Mad Men in the Best Drama category and Bryan Cranston took home his second Emmy in as many years for his harrowing portrayal on Breaking Bad.

One surprise that SheKnows was hoping for after he told his Emmy wishes in our interview was Jon Cryer who finally won for Two and a Half Men.

Two SheKnows favorites received their well deserved Emmys after astounding years. Cherry Jones portrayal of the president on 24 and Michael Emerson’s Ben Linus portrayal on
Lost earned him his second Emmy win for Best Supporting Actor in a Drama.

In the television movie department, SheKnows personal favorite Grey Gardens produced an early winner in Best Supporting Actor in Ken Howard. Grey Gardens the film earned HBO another victory in the form of an Emmy for Best Movie or Miniseries. Jessica Lange nabbed the Emmy for Best
Actress in a Miniseries or film.

In the reality TV categories, there were absolutely no surprises as Jeff Probst won for hosting Survivor and The Amazing Race took the Emmy for Best Reality Program.

Here is the full list of the 2009 Emmy winners: 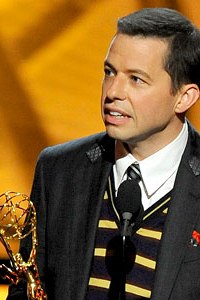 Writing, Variety, Music or Comedy Series: The writers of The Daily Show with Jon Stewart 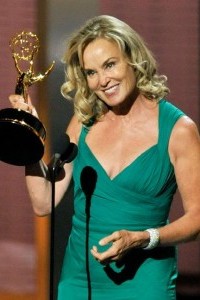 Supporting Actor, Comedy: Jon Cryer, Two and a Half Men