As Anna Wintour predicted red seems to be the color of the season, as evidenced on the Red Carpet at the Emmy’s. 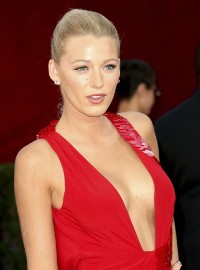 Also prevalent was the ever classic
black dress worn by many of television’s leading ladies.

The Gossip Girls — Leighton Meester and Blake Lively —
wowed on the Emmy’s red carpet living up to their reputations as fashion darlings.

Blake Lively wore a cleavage-bearing red dress split up to there but sadly her hair looked like something out of Star Trek.

Lively’s red radiated the overwhelming theme of the night that echoed Wintour’s call for the season’s most prolific color. 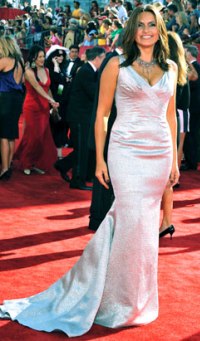 Emmy’s best of the best

Among the best dressed Emmy ladies were The Office’s Jenna Fischer and Amy Poehler.

Both Poehler and Fischer wore black strapless dresses with sparkling details making them stand out.

The best-dressed Emmy nominee of the entire 2009 Emmy Awards was Mariska Hargitay in a dazzling silver dress, with flawless hair and makeup.

Worst dressed lady at the Emmy’s goes to…Chloe Sevigny, who can be counted on to make odd
red carpet statements.

Maybe he was trying to be funny?