In her new drama The Burning Plain, gorgeous, Oscar-winning actress Charlize Theron plays Sylvia, a seemingly cool, professional woman with a decidedly dark side. She is forced to face the horrible event in her distant past that set her on a life-path to torturous self-hate and the kind of deep guilt that no amount of dues-paying can erase. 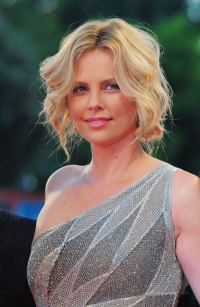 Written and directed by Guillermo Arriaga who wrote the acclaimed and touching Amores Perros and the gritty 21 Grams, The Burning Plain uses the diverse vistas of the Pacific
Northwest and the desert Southwest to help visualize and explore the many landscapes inside the female heart.

His story packs a punch and at the film’s emotional core is Charlize’s multi-faceted performance. She is also one of the film’s executive producers.

Of his star Arriaga says “she has impeccable taste as an actress. She can tell a story without doing overacting or with mannerisms. Just with her face she can tell the background. There’s a story,
a past in her. She has a lot of inner life which I was blessed to have in the film”.

The tall, ex-model has the enviable ability to look like a Hollywood red-carpet glamazon and still “ugly up” for roles like Aileen Wuornos; her Oscar-winning, character-driven performance in
Monster. In Beverly Hills, SheKnows was able to talk candidly and personally with the down-to-earth actress who, we noted, could still turn heads wearing zero jewelry, only minimal make-up
and a feminine black quarter-sleeved, drape neck dress with a small white flower pattern.

SheKnows: Charlize, why did you want to make this film?

Charlize Theron: Guillermo (Arriaga). (I’m a) massive fan, obviously, of his writing and when he called and said ‘I’d like you to read this and I’d like for you to play Sylvia’,
there was an instant excitement because I feel like his voice is authentic and what I like so the script didn’t disappoint. Then I thought, ‘I’m probably gonna meet him and he’s gonna be a real
a**hole’ (we laugh). And, then we met and he wasn’t an a**hole. He was just really clear on what he wanted to do with this. He really believed that the success of trying to make a good
film is chemistry and I felt like we had the right chemistry; that we would take each other’s hand and jump off the cliff and really set out to try and make the same movie.

SheKnows: Has your process of choosing a role changed since you first started acting?

Charlize Theron: Look, when I started I was ready to pay my dues. By no means did I think I was going to just walk in and do challenging work. I think, in the beginning, there was
a part of me that knew there were going to be a few frustrating years and that’s what you do. You get yourself out there and you work hard and you hope that word of mouth kind of carries and one
day somebody will actually step up to the plate and say ‘I believe that you can do this’. I was very, very lucky. I was incredibly blessed. The first film that I did Two Days in the Valley
was an incredibly creative experience. By no means can I say it was just a job. I feel like there were a couple of years there where I kind of had to hold out a little bit. People kind of accepted
me in that role of the femme fatale so there was a lot of ‘we want you to do exactly what you did in Two Days in the Valley’. So, it was, I think, a conscious effort on my part to kind of
hold back and I didn’t work for a couple of years and I waited and really fought for roles like The Devil’s Advocate and The Yards and Cider House Rules.

SheKnows: So, it wasn’t always a piece of cake for you to change the initial image once your career started? 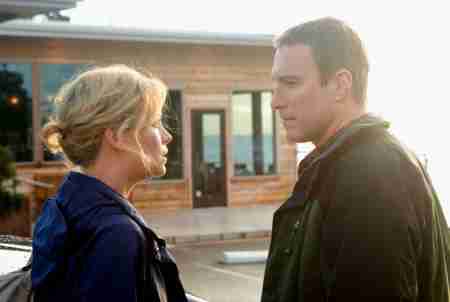 Charlize Theron: Oh, I went in and screen-tested and flew myself out and stalked and almost went to prison and didn’t wash my hair to kind of break this idea of what people thought
of me but I think I was very lucky. I was very blessed. I got to work on very good material and I look at my career and how I’m doing it now and I feel like there is something authentic in that
process that I still try not to over manipulate. When I feel something, I try to listen to that.

SheKnows: Whoa, back up. Why did you almost go to prison?

Charlize Theron: That was a joke!. No I actually did go to prison. I was deported when I was making The Devil’s Advocate but that’s another story. That’s going to be for
my book one day (laughs).

SheKnows: What was the process you went through developing the Sylvia character?

Charlize Theron: I can’t really talk about it because it’s really hard for me to articulate it. My process is a bit of everything. I think I’ve learned, over the years, that you
don’t really have the luxury of relying on just one way of doing it. So, for me, if I’m emotionally tapping into something and I feel like I have a great partner, I feel like they’re gonna be
truthful and direct me. I rely on a lot of things and you have to because, some days it’s 16-hour days and thinking about your own drama and your own life might affect you. I think acting is really
fully adapting to your surroundings, to your emotions, to the people that you’re working with, to being tired, to wanting to go home, to being lonely, to being happy. It’s adapting. For me, it is
anyway — and trusting — adapting and trusting. That’s my format right there.

SheKnows: Young Jennifer Lawrence, who plays Sylvia as a teen, is just great. As a producer on the film, I assume you had to approve the casting. How did you decide on her for the
role?

Charlize Theron: Guillermo and I talked about this a lot. The first day of casting, he called me and said ‘I found her’. I said ‘all right, calm down. Very happy for you but you
have to have three weeks of casting’ and he was like ‘no, no, no! I’ve found her’. And, he sent me a tape and I’ve never been that blown away by an audition like that. I mean never, in my life,
have I ever given an audition like that. So, I think this movie was really blessed. We got surrounded by really good people. We got the cast that we really wanted from day one so he carries good
karma with him and his writing’s okay (laughter).

Up next…Charlize dishes on whether we’ll see her in a romantic comedy soon!