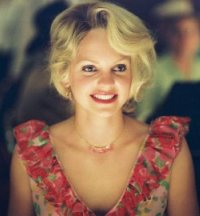 SheKnows: I wanted to ask about a couple of directors you’ve worked with, first, Ang Lee with Brokeback Mountain. What was it like to be a part of that masterpiece?

Anna Faris: That was amazing. That was also terrifying (laughs). I auditioned for the Anne Hathaway role.

Anna Faris: Yeah, and then they offered me the other role. I’d do anything to work with Ang Lee. I flew up to Calgary and the first shot, we started with me. I’m with Jake Gyllenhaal and Ang started with my coverage. We just have done the line about 15 times. I thought, “I’m doing this all wrong. Oh my God I’m ruining the movie.” (Laughs) Jake just told me that is how Ang does it. It was really a special film to be a part of.

SheKnows: Now what about working with Sophia Coppola on Lost in Translation. 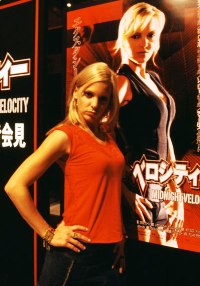 Anna Faris: I was thrilled. I couldn’t believe I got that role. I auditioned for it six months before I got it. Meanwhile, all my friends had auditioned for it. I’m like, “hello?!” But, I got it (laughs). Sophia’s a very focused director. Where Sophia was incredibly soft spoken, Ang Lee was much more vocal. It’s interesting. Those are two great directors to compare (laughs).

SheKnows: Well, thank you. Now, speaking of directors, Chris Miller and Phil Lord from Cloudy with a Chance of Meatballs, those two seem like a zany pair to work with, especially on an animated film.

Anna Faris: I’ve never really know what to expect from directors. They’re so funny — so witty. Working with them was awesome. You can tell that they’ve worked in comedy TV (How I Met Your Mother) in how they are so on with their timing.

SheKnows: Before the screening, I saw Jason Siegel outside the theater waiting to say hi and I think that speaks volumes about the people Phil and Chris are that their former star dropped by to support their directorial debut.

Anna Faris: He did! That’s so cool. Yeah, they are just a joy because they’re love for what they do is so transparent. You get excited about what you’re doing just being around them.

SheKnows: Cloudy with a Chance of Meatballs is such a fun film…

Anna Faris: Isn’t it so quirky? I just love it. I really admire Chris and Phil for the vision that they have to maintain to create a film like Cloudy with a Chance of Meatballs. 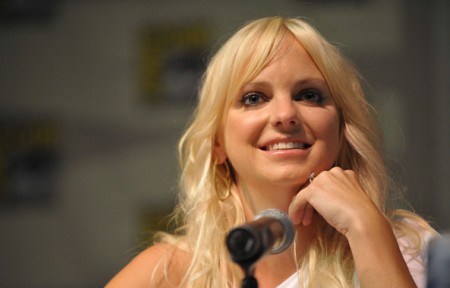 SheKnows: We saw it at the 3-D IMAX premiere and I have to say it is like watching art. Visually, stunning.

Anna Faris: That’s so cool! Thank you for saying that.

SheKnows: Now, your character is quite smart but has to dumb herself down because of her job as a “bubbly” weather reporter. Now, have you experienced that yourself here in Hollywood?

Anna Faris: You know, I have. But, I think it’s fun to have people underestimate you (laughs). I’ve kind of had that my whole life — I’d say, it’s an advantage. People may have certain opinions about you by looking at you or from their perception of you, but the act of surprising them with intelligence, talent and wit is quite fun.