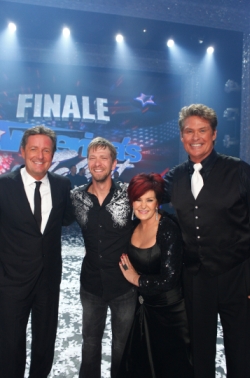 From chicken farm to the Vegas strip, Kevin Skinner is this year’s winner of America’s Got Talent. I can’t say I’m really surprised, but I am disappointed. I like the man, but the farther
he got into the competition, the more I thought someone else should take home the win. Barbara Padilla came in second, which isn’t so bad considering Susan Boyle came in second, too, right? I’m sure we’ll be seeing more of her.

America’s Next Top Model turned in an odd one last night with two many strange scenes. First we
had Tyra as a smize (smiling with your eyes) superhero and then the girls having a smizing contest in what looked like a set from a 50’s scifi movie. Then the girls paid a visit to the Wilhelmina
modeling agency for an impromptu agent meeting after which Rachel was cut on the spot. That was pretty brutal but it does emphasis the fact that this is a business and whomever wins will be
expected to work once the show is over.

The photoshoot was also a perplexing mix. The girls were posing on horseback (lovely), but topless with hair extensions covering their breasts. Why? What’s with the titillation factor? Are men
tuning in to Top Model hoping to see a wardrobe malfunction? Courtney, the model with the broken foot, was the next one eliminated over Bianca, who, in my mind, should have been the one to go home.

Lastly, I have to mention the fabulous same-sex ballroom dance team on So You Think You Can
Dance. Last year, a same sex couple tried out and it was awkward and Nigel got himself in trouble for some remarks that came off as homophobic (but seeing as he’s in the dance biz, I doubt
that was the case.) But these two? Wow! They were hot, they had legs that went on forever and they both danced like male ballroom dancers instead of trying to make one the “girl.” The taller of the
two was particularly stunning and I was thrilled to see both of them make it through to Vegas after choreography. That’s one thing I love about So You Think You Can Dance, they’re always very respectful of talent in every size, shape and color. Bravo.

There are seven shows premiering tonight but only one is new. 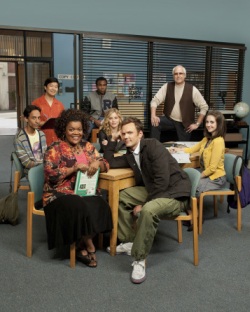 The latest edition to the popular NBC comedy block has The Soup’s Joel McHale playing a fraudulent lawyer who enrolls in a local community college in order to get his degree. The show also
stars Chevy Chase as one of a group of misfits than ban together to form a study group, sort of like The Breakfast Club with grownups.

Before Community watch Saturday Night Live Weekend Update at 8:00, followed by Parks and Recreation and The Office. All new tonight on NBC.

Fox has a big night planned with the season premieres of Bones and Fringe and CBS launches a new season of Survivor.

The fifth season of Bones begins with pop star Cyndi Lauper playing a psychic who sees multiple bodies buried under a fountain in
Washington DC. Brennan and Booth investigate but there’s some concerns about Booth’s fitness to return to duty only a few months after his brain surgery. Hail, hail, the gang’s all here and it’s
the start of another fun, dramatic and sometimes gooey, new season of Bones.

Melting people, procreating lab accidents, a trip to an alternate reality where The Twin Towers still stand — welcome to the world of Fringe. FBI agent Olivia Dunham (Anna Torv) rides
herd over slightly-mad scientist Walter (John Noble) and his enigmatic but charming son Peter (Joshua Jackson). Together, they’re charged with unraveling the truth behind some of the world’s most
devastating threats. In the new season, Olivia returns to this reality but you can bet that door isn’t closed for good while Peter begins an investigation that might reveal more than he ever wanted
to know about himself and his father.

In one of the world’s most lush and naturally beautiful locations, a bartender, a police officer and an actual rocket scientist will join forces with seventeen other adventurers on a quest for a
million dollar prize. Who will outwit, outplay and outlast all of the others? It all starts tonight on CBS. 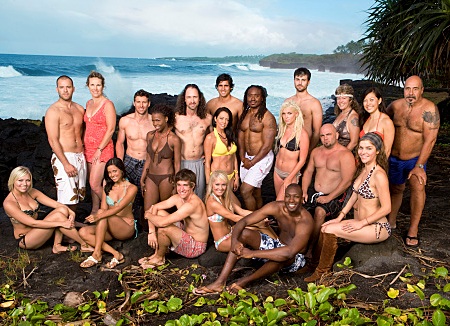 Also new tonight is The Vampire Diaries and Supernatural on The CW and The Jay Leno Show on NBC.

SheKnows visits the set of Bones