Two reality shows have big nights as The Biggest Loser has its fall premiere and Big Brother 11 completes its summer run. 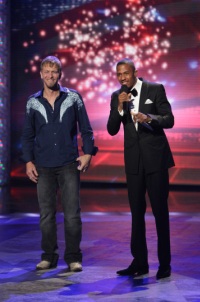 Last night on the finals of
America’s Got Talent aired last night and everyone stepped up and gave it their all.

Both Hairo Torres and Barbara Padilla returned to their roots and it might have hurt their chances. If they don’t win here, Hairo should head to So You Think You Can Dance and Drew Stevyns
should go to American Idol.

My pick to win America’s Got Talent is The Texas Tenors.

Now, can we talk chinchillas? Have you seen these wacky new Las Vegas tourism ads where the chinchillas take part in historical battles? My favorite is the one where the chinchillas strap on
bandoleers and take over a Mexican town. The newest one has the chinchillas filling in for the Three Musketeers. The animals are puppets and they don’t even attempt to make them look real and
that’s the fun of it. If you haven’t seen them on TV, check them out on YouTube. 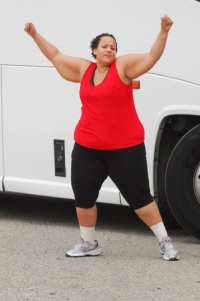 The series returns for its eighth season and the theme is second chances.

Last season’s heaviest contestant, Daniel Wright, will return to continue his The Biggest Loser journey
and you’ll also meet a firefighter whose job is at risk due to his weight and a military wife and mom who has to learn to put herself first sometimes. It’ll be a poignant two-hour premiere and you
might just learn something, too.

Sticking with the weight theme, Fox’s dating show for plus-sized people comes to a close tonight. Who will Luke choose? Will it be artist Tali or sweet Malissa? We’ll find out, tonight.

Big Brother also has a big finish planned with three people going into the final for the first time ever.
It’s down to Jordan, Kevin and Natalie. Who deserves the big $500,000 prize?

If you’re a Big Brother fan, you’ll be happy to know that CBS has picked the show up for another season, which will air in the summer of 2010. 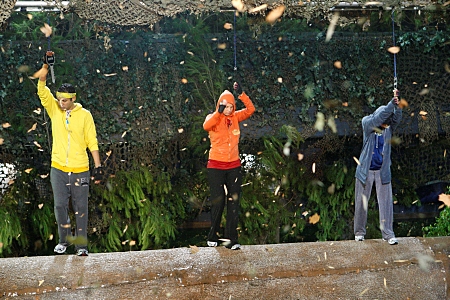 Also look for new episodes of 90210, Melrose Place and of course, Jay Leno, who rocked the ratings last night with a huge win.

Depending who you ask, ABC has either canceled Defying Gravity or has back-burnered the final episodes for an indefinite length of time. I say, same difference.

ABC is working on more comedies, something that’s been lacking in the TV landscape for the past few seasons, including a US version of the BBC series Gavin and Stacey.

Comedy Central has picked up a thirteenth season of South Park.

WE TV’s My Fair Wedding returns September 27 for a new season.

NBC’s Parenthood is in talks with Helen Hunt to take over the Maura Tierney’s role in the new series. Tierney recently announced that she would be leaving the series due to breast cancer
treatments.

Last night on America’s Got Talent

Taylor Swift on The View