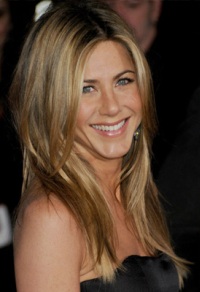 SheKnows: Your character has a disastrous first date with Aaron Eckhardt’s character. Have you ever had a disastrous date in real life and, if so, what transpired?

Jennifer Aniston: I’ll just say luckily I haven’t had a horrible one (thinking)…well, just being bored (we laugh). I mean, it’s not that it was
disastrous. It’s that thing where you just want to go home and they’re like, ‘So, do you want to go somewhere afterwards?’ and it’s like, ‘No! I just really need to go home’.

SheKnows: Have you had a safety friend call you up you get you out of the date?

Jennifer Aniston: Oh God no. I haven’t done that but that’s really funny. That’s happened in The Break-Up too.

SheKnows: What does the character of Eloise see in Burke? What first draws her into getting involved with him?

Jennifer Aniston: I think she sees his vulnerability after the date when he basically confesses to how long it’s been since he’s done this, the loss of his wife, even
though we don’t know (details) at that point, and just that he was vulnerable and that’s always sort of a nice jumping off point, like a springboard.

SheKnows: In Love Happens you see Burke’s growth but, with your character, it’s a little bit more difficult because her ex-boyfriend is only in for a scene. What
has happened to her when she meets Burke?

Jennifer Aniston: Well, when she met Burke she’s pretty pissed off. There’s a whole storyline that was actually cut from the movie about her and her younger boyfriend. She chooses
these guys that are just not quite available for fear of really growing into a relationship. I think you always choose people that represent what it is that you’re trying to sort of break through
or are not willing to break through. I don’t know.

SheKnows: There are always rumors about you and your male co-stars.

Jennifer Aniston: Every one.

SheKnows: How did you and Aaron manage to stay out of the media?

Jennifer Aniston: I know! You know it’s so funny. Someone reminded us that there was the first meeting for lunch with the director. They took a picture of us in the restaurant and
they said ‘what’s happening? Something must be happening. They’re having lunch…God!’ But then they figured out that we were doing a movie together. I don’t know what that is.

SheKnows: You talk about this National soap opera that plays out with celebrities. Are you able to laugh at a story that you aren’t really part of?

Jennifer Aniston: Oh my God, yeah because now they are getting so creative and desperate, yeah. It’s really kind of interesting. It doesn’t bug me if people don’t believe it.
That’s all. I just would hate it if people actually believed any of it. That’s what I would be disappointed with because I don’t want crap like that to distract from what I do, my work.

SheKnows: Could you talk a bit about working with Aaron?

Jennifer Aniston: First of all, I’m such a fan of his and one of the main reasons I took the job was because I wanted to work with Aaron. He has the driest sense of humor. He is so
entertaining. He’s so into philosophy and psychology which I love. We talked for hours and he’s a great photographer. He’s just interesting and I think he’s so absolutely beautiful in this movie —
just beautiful and funny. He’s just a really entertaining person and an enjoyable person to spend time with. 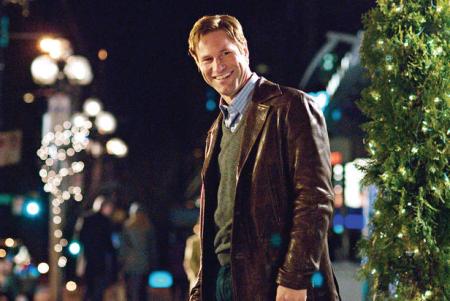 SheKnows: Eloise has a quirky thing she does; she writes large words underneath pictures on hotel walls. Do you have any little interesting quirks or traditions like that yourself?

Jennifer Aniston: Have you looked behind these paintings? (referring to the walls behind her). I need a pen. No, but you know what I do, do though? If I walk onto an airplane, I
always have to go on with my right foot first and tap the outside of the plane.

SheKnows: How long does that date back?

Jennifer Aniston: Till whenever the person told me to do it and I don’t remember when that was.