The MTV Video Music Awards is always a heralded event wherever its locale. The VMAs have held fort in New York, Miami and Los Angeles in recent years. It’s fantastic that in the midst of Fashion Week in Manhattan, host Russell Brand and his MTV merry-men, with the help of a boatload of Moonmen, will make this September 13 a night to remember. 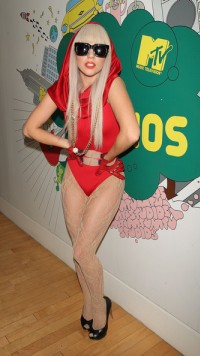 Topping the list of VMA performers are Muse and Lady Gaga. The former has promised a spectacle. When an artist who makes statements by wearing Kermit the Frog dresses says her performance will be over-the-top…we cannot wait! Lady Gaga hits the stage in the show’s first 30 minutes.

Plus, to witness MTV embracing Muse is especially thrilling to us here at SheKnows Entertainment.

The Michael Jackson tribute that opens the 2009 VMAs also is a “can’t miss.” Details are mum, but SheKnows has a few thoughts on the ‘what and who’ below.

Think about that, within 30 minutes of the show starting, MTV tributes Michael Jackson and Lady Gaga rocks Radio City Music Hall. What could possibly top that?

How about Jay-Z, Beyonce, Pink and Green Day?

Although Kanye West after losing out on his VMA nominations had vowed never to return.

Something tells us Kanye will be in the house for to accept his trophy for Best Video of the Year for Love Lockdown. Whether he will beat Beyonce (Single Ladies), Eminem (We Made You), Britney (Womanizer) or Lady Gaga for Poker Face, sorry Kanye, don’t think this is the year either. Look for Beyonce to win. 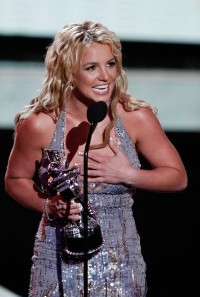 Last year at the VMAs, Britney Spears swept her awards that essentially provided the wind in the sails of her triumphant Circus-based comeback. Whether that will translate into wins at the 2009 VMAs, I’m not so sure. MTV as a network tends to look forward, not back — unless it has something to sell or tribute.

If there ever was a time for tribute at MTV, it is the 2009 Video Music Awards. When Michael Jackson died June 25, the network lost the artist that took them from being on the pop culture map to defining it for a generation. Paying tribute at this year’s show is none other than Michael’s sister Janet Jackson. What she sings as Janet opens the show is one of the most anticipated pieces of news of the night.

Back to the nominations and who will walk with an armload of Moonmen.

Since MTV goes back and forth, year-to-year, with its artist sweeps and spread the wealth awards; it’s anyone’s guess if a Kanye, or a Britney or Beyonce or Rihanna will walk with more than one VMA trophy. 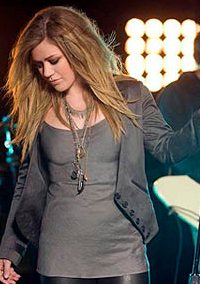 Noms: Beyonce jams again with Single Ladies, Pink asks So What?, Katy Perry’s Hot and Cold, Kelly Clarkson’s My Life Would Suck Without You, Gaga’s Poker Face and Taylor Swift’s You Belong With Me.

Winner: Kelly Clarkson: My Life Would Suck Without You. It’s the cross reference of American Idol and MTV. Although…Poker Face could pull an upset.

No one has embraced the Twilight nation as MTV has and the September 13 VMAs will be no different. Look for appearances by Taylor Lautner and Kristen Stewart as well as never-before-seen footage from New Moon.

The MTV VMAs premiere September 13 at 9 pm with the pre-show beginning at 8 pm.