Jon Gosselin told Good Morning America that he “despises” Kate, the mother of his eight children. 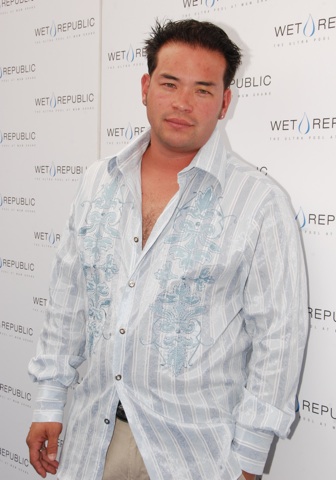 In an odious
tirade
that his children are sure to see as soon as they figure out how to Google, Jon accuses Kate of stealing his wedding ring,
emotionally abusing him and not allowing him to go out clubbing with his buddies with eight kids at home.

“In 10 years, I’ve never gone out…when she said, ‘I don’t want you going out,’ I…I used to say, ‘OK, I’m not going to go out.’ I was very passive. This is the first time I said, ‘You know what?
I want to see my friends. I’m going out. That was the first time in my life I ever stood up to Kate…I just felt like I had to take back some time in my life and I did it. And I felt really good.
I made my own decision…I was beaten down for so long, I couldn’t even make my own decision. And when I did, I was like, holy cow! You know? Yeah, what’s she gonna do? Divorce me?”

Well, yes, Jon, That apparently is exactly what she is going to do.

He also complains about Kate going on book tours to help pay the bills and that she stole his wedding ring. Jon has made no financial contribution to the family other than appearing on the show.

“Well, excuse me, I’m taking care of the kids. She’s on book tours, she’s doing all these things. You know, she’s gone a week. You know, comes back. Packs up and leaves again. I’m standing there
like, ‘Oh, OK. Your mom’s gone again.'”

He claims that he set his ring down in the house one day and it disappeared, saying Kate is the only one who could have taken it. He basically spent the entire interview whining, making himself
look like an even bigger jerk than before and being a crappy parent — because when you rip apart your marriage and the mother of your children like this, you are being a crappy parent.

“I just want to let the world know that I’m a real person with feelings,” Jon said. “OK, I’ve made mistakes. Maybe it wasn’t the best idea to go out to the clubs. But we all learn from
mistakes, except mine are public.”

Read on for more Jon and Kate

Jon tells GMA that he has gone from America’s favorite dad to dirtbag
Jon and Kate Plus 8: the clues to their marriage doom

The future of Jon and Kate Plus 8