A life on three continents, a critically acclaimed film career and a new movie with Jennifer Aniston — Love Happens — make Aaron Eckhart one of the most compelling actors on the big screen. 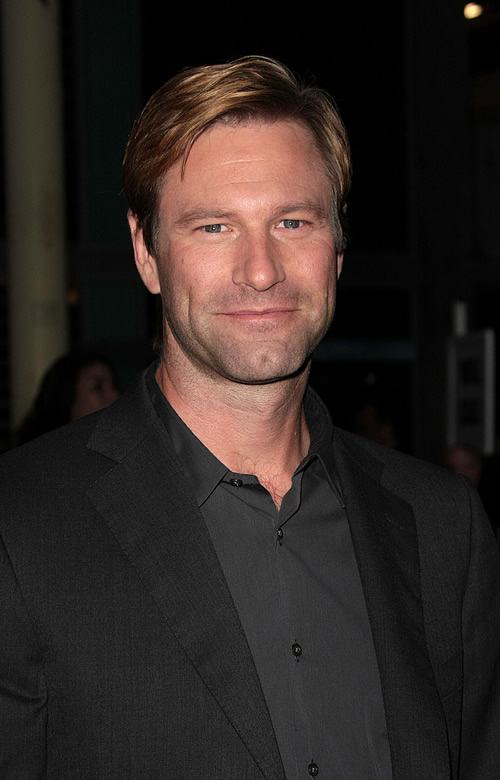 Aaron Eckhart in the spotlight

Aaron Eckhart was born into a Mormon family in California and grew up in England and Australia. He also spent several years on religious missions in Switzerland and France. The high school dropout eventually earned his equivalency diploma and headed to Brigham Young University, where he hooked up with then-playwright Neil LaBute — a connection that would prove integral to Eckhart’s later success.

After spending several years in New York City living as a starving artist and doing odd jobs such as bartending, bus driving and construction, Eckhart was contacted by his old friend LaBute. His old schoolmate had become a director and had a role for Eckhart — one that would become a career maker. In the Company of Men earned Eckhart vast critical praise and put him on Hollywood’s radar.

Additional roles quickly followed, including big-budget productions such as Any Given Sunday and Erin

Eckhart’s Mormon background fascinates many fans, although he admits he is no longer part of the fold. Eckhart gave up the Hollywood lifestyle several years ago when a hypnotist cured him of his smoking and drinking habits; now he focuses on his work.

And all work it is. Despite romances with lovely ladies, Eckhart’s admitted fear of commitment has kept him single, although he says he would like a family. In the actor’s past is a broken engagement to actress Emily Cline, a failed romance with SheDaisy singer Kristyn Osbourn, and a recent breakup with fashion industry insider Ashley Wicks.

Don’t worry about him, though — Eckhart has plenty to keep him busy. His role as Two Face in The Dark Knight cemented his star power. His latest flick, Love Happens (costarring Jennifer Aniston) opens in September.

Eckhart has no plans to slow down any time soon. He has three films lined up for 2010, including Battle: Los Angeles (costarring Michelle Rodriguez), The Rum Diary (with Johnny Depp) and Rabbit Hole (with Nicole Kidman).

read on for photos of Aaron Eckhart