Monk is back and Tony Shalhoub talks about what life has been like living inside his character’s OCD world. Is it a blessing or a curse? For Shalhoub, the Monk journey has nothing but bliss. 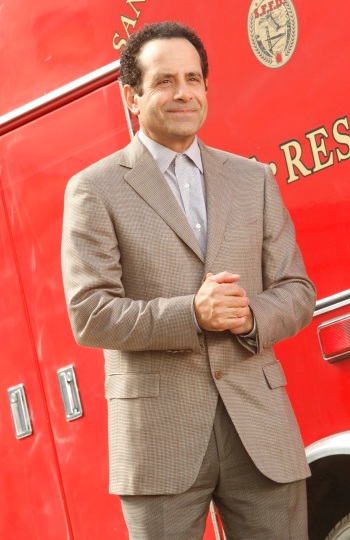 Getting clean with Monk

In the final season of Monk, the detective will solve the ultimate mystery that has eluded him for the past ten years: The murder of his wife, Trudy.

What Tony Shalhoub and Monk have also done is raise the awareness of a segment of society dealing with the crippling
demands of OCD on a person’s life.

SheKnows: What do you want to be Monk’s lasting impression on pop culture?

Tony Shalhoub: I had to choose one thing, I would say that I would want people to take away this idea that sometimes people’s problems or neuroses are really the things that
are kind of a blessing in disguise, and even though there’s, you know, sometimes there’s pain associated with these things that sometimes in the face of adversity with obstacles to
overcome, people can really kind of soar and find their higher selves and I think that’s what we’ve tried to do on the show is we’ve portrayed this character as someone who turns
his liability, his liabilities into assets per his life. And that there’s – and I hope that when we get to the end – I don’t know this for sure, but I hope when we get to
the end of season eight that we’ll have seen some real healing from Monk, and I believe in that. I believe that there is healing and that there is change, and that all of those things are
– they are just really, really key to all of our lives.

SheKnows: The word legacy is often used to describe presidential administrations, but Monk has a legacy…

Tony Shalhoub: I think one of the things that will be remembered about this show, I hope will be remembered, is that at a time when there was, in a lot of television, especially
with the onslaught of cable and in a period where television is kind of redefining itself, that there were precious few shows on the air that were suitable for a wider audience, like a younger
audience, you know, people in their 30’s and then people like elderly people in the 70’s and 80’s. That there was a show that all those different demographics could tune into and
appreciate, and would appreciate on their own level. And I think there aren’t a lot of shows like that. There haven’t been a lot of shows like that in the last decade. And I hope that
that’s something that people will focus on and remember for a long time, you know, that it’s still possible to do interesting stories and good comedy without having it have to be all
exclusively adult themed kinds of things or super violent or with language that some people might feel is inappropriate for younger audiences, and that this show was kind of able to stand out and
do that. 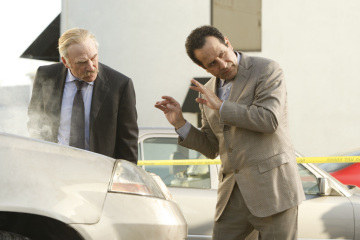 SheKnows: How has playing Monk affected you personally over the years? It has to…

Tony Shalhoub: I would say yes, absolutely. I mean, I resisted it for a long time. I wrestled with it. I fought with it. I was in denial about it and all of that. But inevitably,
you know, there have been some – you know, as I said, in interviews too. I feel like I’ve been infected in some way by this character. Tendencies, you know, minor tendencies that
I’ve had in my life prior to Monk have just kind of ballooned and expanded and it’s inevitably. I mean, I just, there’s no point in trying to – I’ve given up
trying to resist it. I’ve had to just surrender to it. I mean, I’m hoping that when Monk is over that I’ll have some period of recovery, but I’m not holding my breath. 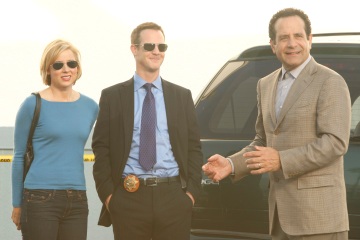 SheKnows: This final season has the potential for so many elements because of the finality of it all. What can audiences expect?

Tony Shalhoub: What the writers have in mind is to do, you know, as you said, our normal standalone episodes for the first, I would say, 11, because we’re doing 16, as usual.
So the first 11, I would say, are going to be standalone, and then the last 5 is when we’ll be kind of connected. They’ll have a connected tissue, and we’ll start to get into the
wrap up, not just of Monk, but of some of the other characters as well. Then what they want to do is the final two episodes, number 15 and 16, it’ll just be one story, a two-part, you know,
aired in two segments. Just to follow — that episode, I mean that two-part will involve the wrap up of Trudy’s murder, you know, the solving of Trudy’s murder.

SheKnows: Any chance some fan favorites will return? 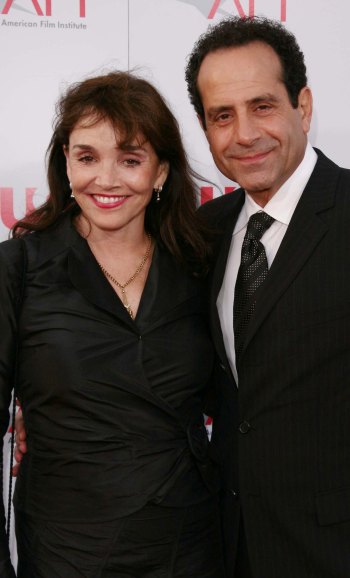 Tony Shalhoub: I’m sure you’ve probably read because there’s been a lot of publicity about Sharona coming back. Bitty
Schram is going to come back for episode – I believe it’s episode number 12, which will start shooting in September. And they want to bring that character back and kind of wrap it up
and kind of give that a good send off. A lot of people really missed that character and the dynamic between Monk and Sharona. And so we’re all looking forward to that. Of course, we’ll
see Harold Krenshaw comes back, one of my favorites. He’s the other OCD patient who is always kind of in competition with Monk, played so brilliantly by Tim Bagley. He’s going to return
for at least a couple of episodes. And well, that’s it. I mean, of course, Dr. Bell, the psychiatrist will be in a number of episodes. I don’t think – people have asked if
we’re going to see Ambrose. I don’t really think that’s in the cards simply because that’s … John is so busy. It’s difficult to schedule him in. I mean, if I had my
way, we’d do kind of what Seinfeld did and bring back almost every guest star there ever was on the show, but ours is going to go in a different direction.

SheKnows: Once this eighth and final season of Monk wraps, you will take some time off, won’t you?

Tony Shalhoub: Well, I don’t want to take too long a vacation, although I do think I need a break. I start to – whenever I take too long a break or don’t work a
while, all my demons start to resurface, and I go a little nuts. And I did work on an independent feature this past winter, which I hope will be coming out soon called Feed the Fish, a movie that I
acted in, but also co-produced, and a really nice … so we’re looking for distribution to sell this picture, so people should look for that. But beyond that, I want to really, really
take some time for myself to decide which direction to go next. I might do some theater for a year before I do any more television. I think I need a break from hour long episodic for a while.

SheKnows: What is Tony Shalhoub’s ultimate goal for life after Monk?

Tony Shalhoub: My only preference is to have a lot of variety and diversity in the material that I work on. I’ve been so fortunate throughout my career, when I was doing
theater, more theater than anything else, and when I was doing films that I got a chance just to do a broad range of things. In fact, a lot of my choices that I made were about that very thing.
Every project that I had an opportunity to do or chose to do, I wanted it to be different from the last thing I did, and I think that’s why I have a good, you know, I had kind of a diverse
kind of resume. I’m really — it’s what I set out to do as an actor originally.

America’s Got Talent recap: the top 40