Michael Jackson’s Houston-based doctor’s office was raided. Dr Conrad Murray is the doctor suspected of dosing Michael Jackson with the powerful anesthetic blamed for his death. 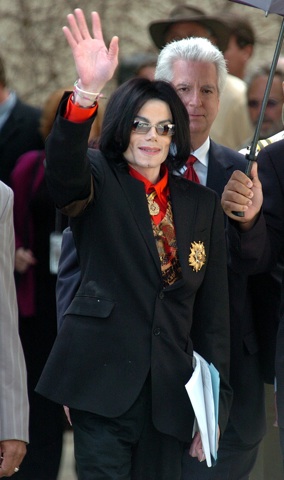 Murray, who was with Michael Jackson at the time of his death and told police he gave the superstar
CPR on a guest room bed, fled the state of California when police interest in his involvement heated up.

The Los Angeles Police Department, Houston Police and the US Drug Enforcement Agency all participated in the raid of Murray’s Houston-area Armstrong Medical Clinic to search for evidence of
manslaughter — including any drug and medical records pertaining to Jackson that could implicate Murray in his death.

Murray’s lawyer, who has repeatedly denied any wrongdoing on the part of his client, released the following statement on the raid:

“We can confirm that a search warrant was executed today on Dr. Murray’s offices in Houston, Texas. We reviewed the warrant and remained on the premises while the search was being executed. The
search was conducted by members of the DEA, two Robbery – Homicide detectives from the Los Angeles Police Department and Houston Police officers.

The search warrant authorized law enforcement to search for and seize items, including documents, they believed constituted evidence of the offense of manslaughter.

Law enforcement concluded their search around 12:30pm, and left with a forensic image of a business computer hard drive and 21 documents. None of the documents taken had previously been requested
by law enforcement or the LA Coroner’s office.”

It’s becoming increasingly obvious: someone is going down for Jackson’s death. Was LaToya right?

Michael Jackson will perform in London