As Harry Potter and the Half-Blood Prince premieres in theaters, ABC News gives America an unequaled visit with the mind of Harry Potter, JK Rowling. JK Rowling: A Year in the Life premieres tonight at 8 pm hosted by Elizabeth Vargas. 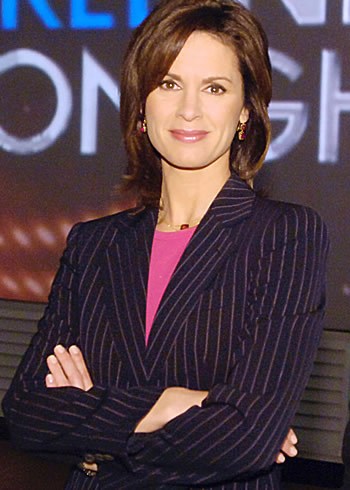 Vargas phoned SheKnows to give us the inside scoop into the special that shines a light on a woman who rarely lets the press into her world. Vargas reports on JK Rowling taking the cameras all over her world. Most emotionally, Rowling revisits the apartment where as a broke, single mother she crafted a story about a boy wizard named Harry Potter.

SheKnows: How did you find JK Rowling during this special?

Elizabeth Vargas: She’s an intensely private person. She allowed a documentary crew from Edinburgh to live with her basically for a year. That is the footage that we are presenting tonight. She’s intensely private, as I’m sure you know. She rarely gives interviews and when she does interviews, hardly ever talks about herself. She is one of the most fascinating people. I was so struck by what she talks about. But most of all, I think people will be surprised to hear her be as candid and open as she is about how hard it was for her at that moment when she finally got inspired and Harry Potter as a character, as she said, just popped into her head, while she was riding the train. She was recently divorced, very, very broke. She had a daughter Jessica who was only two years old I was struck because at one point she said, “I woke up every morning terrified that something bad had happened to Jessica because she was the only good thing in my life. Everything else had gone wrong and I thought something bad would happen to her too.” That’s a pretty powerful statement.

SheKnows: Yeah, it sure is and those experiences must have found themselves on the pages of Harry Potter.

Elizabeth Vargas: She managed to take all of this and write this book. Even in later books made her depression — depression so strong she contemplated suicide — the depression itself become characters in later books. The Dementors, have you read the books? 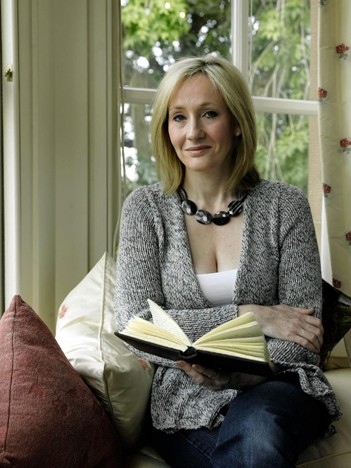 Elizabeth Vargas: The Dementors are the physical manifestation of her depression. In this documentary she talks about the fact that Harry Potter is in many ways her. He has her birthday. She grew up in a house with a cupboard under the stairs – just like Harry did. Harry was orphaned. She felt orphaned by her mother’s early death of multiple sclerosis and a very aloof, remote father. A man she has no contact with now. Then she goes back to her old church to the forest where she grew up. Lastly, the apartment where she was living when she was so broke that her friend had to pay her rent one month. That’s when she got the inspiration to start writing Harry Potter. It’s an emotional visit to that apartment. She begins to cry. She felt really comfortable with these cameras and really allowed them unprecedented access.

SheKnows: For you and ABC, it must be an honor to be able to present this to the American public because it is such a rarity.

Elizabeth Vargas: My nieces and nephews and six-year-old son are die-hard Harry Potter fans (laughs). There was no way I was not going to be associated with this, this was an exciting project to work on. My oldest son, we’re finally reading the first book. He’s just turned six, but my nieces and nephews are older. They grew up with Harry Potter. They read all seven books. I even got them tickets to one of the premieres a few years ago (laughs). You would have thought I’d gotten them tickets to the moon they were so excited. It’s a big deal for a whole generation of kids who became a generation of readers. Kids who wanted to read big books – seven big books instead of sitting in front of a television. It’s pretty incredible.

SheKnows: As someone who works with words and knows the importance of reading at an early age, what did you personally make of the fact that JK Rowling’s Harry Potter books did get kids reading again.

Elizabeth Vargas: I think that was the greatest gift, I have to say. I’m an army brat and I grew up overseas. We didn’t’ have television where I was living. I actually ironic that I make a living on it now (laughs). 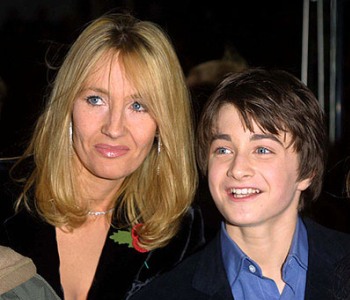 Elizabeth Vargas: I actually feel it was a great blessing because we were all voracious readers because there was no television. There was nothing to distract us. As a parent today, my husband and I are constantly fighting that lure of the TV. We have strict rules on how much they can watch. It’s hard to do that. Anything that reverses that trend and gets people to read books is incredible. I still have books that remember reading as a child and crying when they were over because it was like, ‘oh, you’re kidding me. This world is ended.’ The lovely thing about Harry Potter is JK Rowling kept it going for seven books for seventeen years. As my nieces and nephews did all seven, now it’s the next generation’s turn. My son and his friends will all be Harry Potter fans. It’s the gift that keeps on giving.

SheKnows: What were some of those books that were so wonderful for you that when they ended you cried?

Elizabeth Vargas: I remember, a little bit older, reading Winds of War and War and Remembrance and I read them back to back.

Elizabeth Vargas: I was so deeply moved by them. I loved the Anne of Green Gables series. That was just as a girl, I loved those books. When I read the last one, I was devastated that were no more coming up. The earliest book I remember actually was when I was in Kindergarten, our teacher read us Charlotte’s Web. She read one chapter every day. I always left thinking, ‘no, one more chapter!’ There are all sorts of things that you can do to build a love of reading for your kids. But, there’s nothing like having great books around and adults to read them to you.

SheKnows: Sounds like you’re enjoying that right now with your son and Harry Potter.

Don’t miss Elizabeth’s reporting on the unprecedented access into the world of Harry Potter with its mastermind, JK Rowling as the world celebrates the release of the film, Harry Potter and the Half-Blood Prince.