Michael Jackson’s death is being treated as a homicide by police and they are eyeing the singer’s personal doctor as the main suspect. 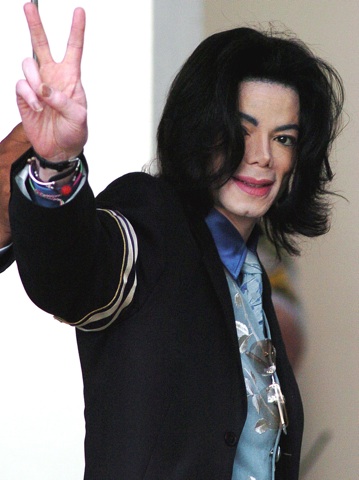 Multiple sources inside the Los Angeles Police
Department confirm that the death of Michael Jackson is being treated as a murder investigation.

Inside sources say there is “plenty of powerful evidence” linking Murray to the drug most likely to have killed Jackson — a powerful anesthetic known as Propofol. The drug is so
dangerous that it is nearly unheard of to administer outside of a hospital setting.

When police searched Jackson’s rented home after his death, they found empty and full bottles of Propofol, an IV pole and an oxygen tank — a complete set up for the administration of a full
anesthetic.

Murray is believed to have administered the drug to Jackson.
The doctor is the person who performed half-hearted CPR on Jackson, leaving him on the bed instead of moving him to a hard surface like the floor, which makes CPR much more effective. Murray also
admits to waiting 20-30 minutes before calling 911 for help, claiming he didn’t know Jackson’s address, despite being in the home himself.

Murray temporarily disappeared immediately after Jackson’s death, and his car was impounded by police when found. Edward Chernoff, a lawyer for Murray, said two weeks ago, “I have no comment
on whether the doctor administered Propofol… I can’t deny or admit what the doctor might have prescribed.”

Murray was Jackson’s personal doctor for three years, and Jackson had insisted Murray come along on his much-hyped comeback concert series in London.

“As a company, we would have preferred not having a physician on staff full-time because it would have been cheaper without the hotels and travel, but Michael was insistent that he be hired,” said
AEG Live President and Chief Executive Randy Phillips. “Michael said he had a rapport with him.”

“He just said, `Look, this whole business revolves around me. I’m a machine and we have to keep the machine well-oiled,’ and you don’t argue with the King of Pop.”

Even Michael’s sister La Toya Jackson thinks he was killed — for cash. She told British
tabs, “I feel it was all about money. Michael was worth well over a billion in music publishing assets and somebody killed him for that. He was worth more dead than alive.”

La Toya says Michael’s entourage heightened his dependence on drugs as a means of keeping him submissive to their business needs and kept his family at bay. Sister Janet Jackson is reported to have attempted an intervention several years ago, but Michael’s peeps wouldn’t let the family in the
house, or let anyone on the phone with him.

The official toxicology report has not yet been returned.

Michael Jackson will perform in London