Debbie Rowe is bluffing in her custody bid for the Michael Jackson’s children. Rowe is simply bidding for another payout, according to a Jackson family insider. 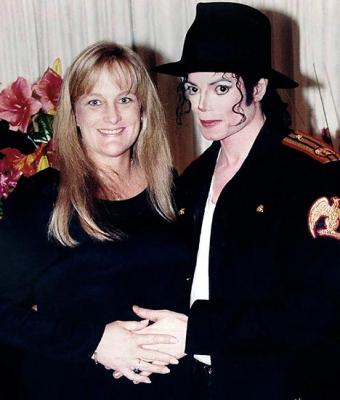 Courts recently delayed a hearingthat could make Katherine Jackson the sole guardian of Michael’s three children, Michael, Paris and Prince (nicknamed Blanket), so the Jackson family could work out an agreement with Debbie Rowe.

Rowe is the biological mother of the two oldest children, but has not seen them in years, as she testified at Jackson’s 2005 molestation trial. According to a source close to the family, she accepted an $8 million lump sum pay out to relinquish her parental rights, plus another $900,000 annually. She took Jackson back to court in 2006 to reinstate her rights, but her true motivation came to light when she said Jackson had stopped paying her. She backed down when he agreed to pay her another $4 million, plus buy her a $900,000 home.

Now, the source says, Rowe has come to an agreement with Katherine Jackson for another $4 million in exchange for not challenging guardianship. Michael left specific instructionsthat his mother Katherine should raise his children in the event of his death.

“It’s one final payday,” said the source. “They felt it was like a ransom-type thing. (Rowe) jumped back into the picture because she wanted money.”

“This would be it. This takes away any rights she has to challenge custody at any given time,” the source said. “If something happens to Katherine, (Rowe) can’t challenge the next (guardian), whether that be Diana Ross or someone in the family.”

While Rowe’s team floated rumors that she was concerned over Joe Jackson’s potential influence on the kids — something most close to the singer agree he would not have wanted — the source says there is no such stipulation in the agreement. Debbie simply took the cash and ran — again.

A lawyer for Rowe fired off a missive slamming the story, saying “Ms. Rowe has not accepted — and will not accept — any additional financial consideration beyond the spousal support she and Michael Jackson personally agreed to several years ago.” But that verbiage can still be interpreted as Rowe getting a payout under the guise of an umbrella payment of spousal support she’d otherwise miss out on due to Jackson’s death.