A hearing to determine final guardianship of the children of Michael Jackson has been delayed at the request of both Katherine Jackson and their mom, Debbie Rowe. 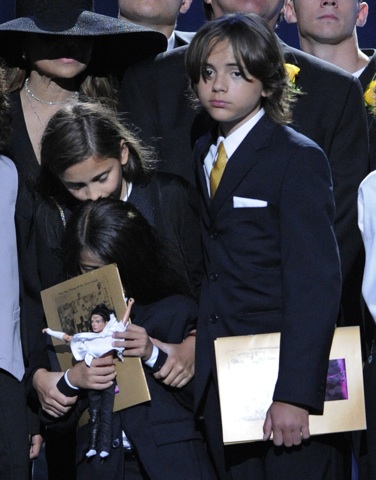 Katherine Jackson and Debbie Rowe jointly requested the hearing
delay in the hopes of coming to an out of court agreement on who will care for Prince Michael, Paris Michael and Prince Michael II, also known as Blanket.

Michael specifically named Katherine as the children’s guardian in his 2002
will, and specifically said in the document there was no provision to be made to Rowe. Debbie effectively gave up custody to Michael in 2006 after accepting a very large cash settlement.

“We are pleased that the child custody hearing has been continued over until July 20th to further our progress and allow us to privately and amicably resolve this most important matter in a
dignified manner for the benefit of the children first and all involved,” L. Londell McMillan said in a statement to The Associated Press.

Rowe has not yet announced a decision on whether or not she will seek legal custody of the three children. She is the mother of the oldest two, but all sides agree it is best to keep all three
siblings together. Blanket was born to an unnamed surrogate.

While Katherine and Joe Jackson have not lived together for years, many are concerned over Joe’s potential access to the children and his potential to emotionally abuse them the way he
allegedly did Michael. The other side: why should the kids go to a woman who has not seen them since they were toddlers and accepted cash in their place?

Michael Jackson will perform in London in August