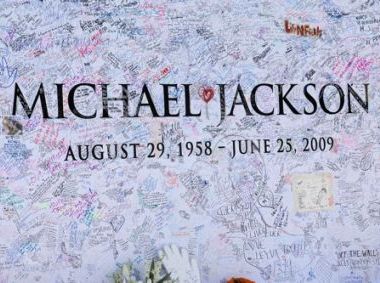 Los Angeles coroner’s office had been at the center of reports that Michael Jackson’s brain was removed from his body and remains
with the authorities as the investigation progresses.

The truth of the matter is that Michael Jackson’s body was completely there in the $25,000 casket that the world saw at his memorial at the Staples Center. ABC News has confirmed that Jackson
is in fact, resting at the Forest Lawn in the Hollywood Hills.

Details need to still be worked out as to where Michael Jackson will be buried.His family wishes that the singer be laid to rest at his
beloved Neverland Ranch.

The owners of the property, on the other hand, have serious reservations about Neverland becoming a Graceland West.

To watch this Michael Jackson’s body missing story circulate the internet has been a fascinating study in news in the internet age. Not one site was ready to claim that the body had gone
missing, but there was a load of speculation.

Then the brain missing story emerged late July 8 to which the Los Angeles coroner’s office had to respond. This is Hollywood, the coroner and police are used to even more bizarre questions
than ‘where is Michael Jackson’s body?’

Michael Jackson dead: What we know so far