The Staples Center is ready for thousands of Michael Jackson fans and A-list celebrities, all gathered to salute the King of Pop. 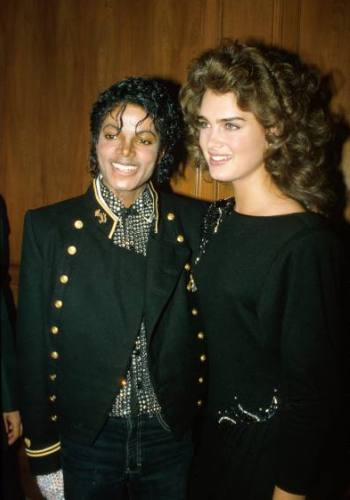 More than 1.6 million fans attempted to register and get tickets for the event. Of that amount, approximately 17,500
fans have received tickets for Michael Jackson’s memorial Tuesday morning at the Staples Center in downtown Los Angeles.

Word on the street is that cops are cracking down on scalpers trying to sell the tickets for a pretty penny; punishment will be severe and may include jail time! Back to the line-up: Mariah Carey, Jennifer Hudson, Magic Johnson, Smokey Robinson and John Mayer are expected to participate in the public memorial. In addition, Brooke Shields is scheduled to
attend along with Stevie Wonder, Usher and even Lakers star Kobe Bryant.

The last time Brooke Shields saw Jackson was in 1991 at Elizabeth Taylor’s wedding. She seems to recall him fondly in terms of being friendly with him at the age of 13.

Despite being asked to attend the public memorial, as SheKnows reports here, Elizabeth Taylor has indicated she will not attend.

Taylor reports on her Twitter page, “I said I wouldn’t go to the Staples Center, and I certainly don’t want to become a part of it. I love him too much.”

Even though our economy is still in a recession, experts say this one event could perk up a flagging economy. Fans attending the Michael
Jackson memorial will be infusing their dollars into hotels, restaurants, airlines and local businesses — not to mention the millions in Michael Jackson memorabilia that has been sold in
the last 10 days.

Where were you when you heard Michael Jackson died?

Michael Jackson dead: What we know so far