Vanessa Williams talks about her commitment to making life better for women in our exclusive interview. Williams is entering her fourth season as Willamina Slater on Ugly Betty and dishes about the show’s first year shooting in New York as well as how Williams’ music career is still going strong with the June 2009 release of her The Real Thing.

Vanessa Williams is phoning SheKnows on this June 30 afternoon because she has just completed the Botox Cosmetic: Express Success non-profit campaign at New York’s Grand Central Station. For years Williams has been a part of the non-profit Dress for Success organization that pairs women who donate the unused portions of their closets to an ever-widening pool of women who need a hand while seeking success in the workplace.

With the downturn in the economy, Williams was eager to increase the awareness of the Dress for Success campaign that thanks to a $250,000 donation from Allergan — the makers of Botox — will be reaching thousands more women in need.

She has also been incredibly honest about her use of Botox.

Moments after the event concluded, Williams rang and it was impossible to tell that she had run two “Rack Relay Races” against her mother minutes earlier. Williams’ daughter Sasha also joined her mother at the Grand Central Station event.

If you’re keeping score, the ultra-competitive superstar won one and lost one Rack Race. 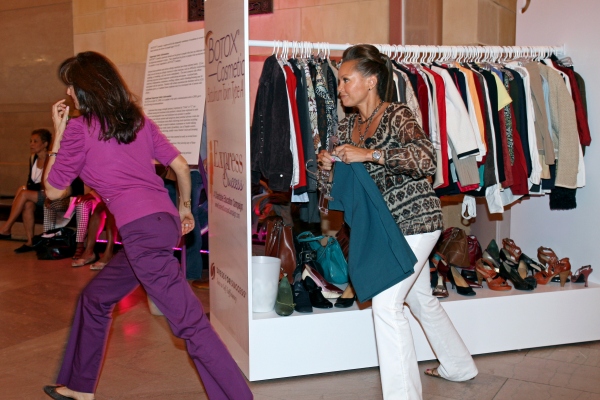 The need to Dress for Success

SheKnows: What is it about the Express Success campaign that you had to be a part of this? 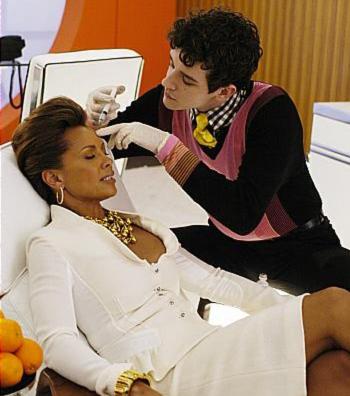 Vanessa Williams: It was great opportunity to combine my work with Dress for Success. I’ve contributed personally over the years several times. Working with the makers of Botox, who I have been open about my use,  this was a great marriage of two different ideas. One to educate women about the use of Botox and two, to give back to a fantastic organization like Dress for Success that can allow women to get a start in the business world. I’m a working woman. That’s an easy opportunity for me to pass on my experience, my image and my success and to marry the two ideas.

SheKnows: For you personally, as everyone knows whether we like it or not, appearance is very important. What has been your experience with the personal success stories of Dress for Success?

Vanessa Williams: We did a video that is on the ExpressSuccessCampaign.com website where people can go and find out how they can contribute. There are events all over the country. In the video, there are three different vignettes with three different women that have been part of the program. Listening to their stories and seeing the transformation is amazing. These are women that have had hardship in their lives. As a woman who has been really, really lucky to be able to play the strongest woman on television, it’s nice for people to not only benefit from from my physical clothes, but also the words and image than they can take from me. It is fantastic. Especially in these economic times, people are not doing well — a lot of people need a boost and to be able to ask for help. There are also a lot of women who want to help and can easily go through their closet and contribute too. 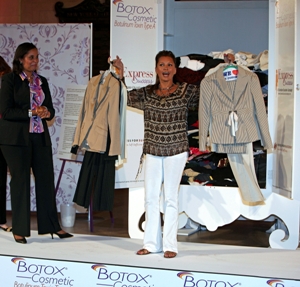 SheKnows: How was the event at Grand Central Station?

Vanessa Williams: It was a ball [laughs]. It was fun. Actually, the women that are in the video won the first race against my team. Then, I raced against my mother and we won!

SheKnows: There you go!

Vanessa Williams: I had a chance to redeem myself [laughs]. It was fun to be able to see recipients — to see people who want to contribute and raise awareness.

SheKnows: It must have been great to have your mom there too?

Vanessa Williams: Oh, yeah. My mom is a fierce competitor, so she was [laughs]…she was bummed she didn’t win. But, we had a blast – and my daughter participated as well.

SheKnows: Now that Ugly Betty is shooting in New York, do you feel a part of the city and at an event like this, it must make it even more so… 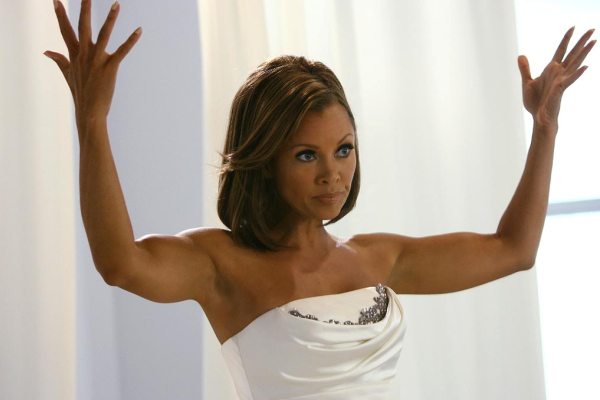 Vanessa Williams: Certainly, you can’t get more public than Grand Central Station [laughs]. It was wonderful to do a live event and have people stop and become aware of what the whole idea is and the campaign message. That was great. Also, for Ugly Betty, shooting back in New York, we don’t have to pretend that we’re in New York when we’re actually there. That was the challenge of the first two seasons. We did a lot of things that were green screen — shooting on streets that were clearly not New York, but pretending that they were. I think this past year has been wonderful to allow the audience to get a slice of New York. I mean, we get a chance to feature Queens and Manhattan and the Bronx — wonderful museums. It’s been fantastic. 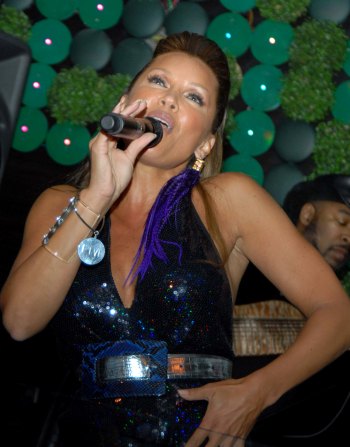 SheKnows: It’s great to see set up shots that actually zoom from a city view to you!

SheKnows: While I have you, I’m a huge fan of your singing career.

SheKnows: I adore the most recent record, The Real Thing, that came out at the beginning of the month. Is it that you’re being pulled in so many directions with the success of your acting and charitable work that we only see you in the studio about every four to five years?

Vanessa Williams: My last album came out in ‘205, so it has been four years. I’ve been lucky to have a job [laughs]. We’re going into the fourth season of Ugly Betty which has been great. The music industry…it’s changed over the years for sure. To be able to have a record company be interested in you and have them support you, and know that you can contribute and make money for them as a business choice — that is a new idea. I think they’re a lot more cautious now as opposed to back in the day when record companies were king. They could sign and nurture artists for years. It’s not as easy as it was before. But, you know what? My first album came out in 1988 and I’m lucky to still be in the game. I’m happy that people still want to hear my music and I hope my fans continue to grow old with me.

Read on for more exclusives

Cameron Diaz talks about My Sister’s Keeper
Dane Cook: the exclusive interview
Aishwarya Rai: the face of Bollywood
Film and fashion: history from a London fashionista
On the set of I Love You, Beth Cooper