Jerry Bruckheimer set in motion something he has used repeatedly in his film career: The slowly waving U.S. flag. It is in Top Gun that those skills were first honed. Notice the flag waving in slow motion. Witness it again, there it is again! 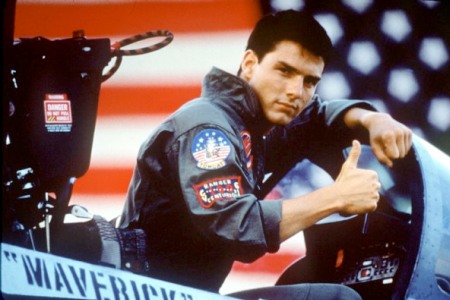 Tom Cruise is not the only star burning bright in Top Gun. The U.S. Military is the true star of this patriotic classic. Bruckheimer would not have such a hit in Top Gun if not for those incredible flying and battle sequences that gave a country something to cheer about in the fading days of a Cold War that still could have gone either way.

Plus, looking for a little karaoke? Prepare to sing “You’ve Lost That Loving Feeling” this Fourth at the top of your lungs!

This ’90s blockbuster may be one of the cheesiest movies of all time, but there are few films out there that truly feel as much like the Fourth of July as Independence Day does. From its fireworks of special effects to the discovering of Will Smith as an action hero, the Dutch creators of Independence Day have crafted an American patriotic classic for the video game generation.

Also, it is one of Smith’s first roles that put him on the map. After watching Independence Day, not only will your patriotic fervor be enhanced, but suddenly a Will Smith marathon might be in order.

Born on the Fourth of July

Born on the Fourth of July captures the essence of an era as so few films have effectively. Tom Cruise not only came into his own as an actor, but established Oliver Stone as a cinematic force for years to come.

Cruise’s character, although disillusioned with his country after a youthful fiery patriotism, showcases the journey citizens must endure when they adore something. Whether it’s parents or a nation, it is human nature to question the authority before finding some sort of relationship in which to be proud. In this legendary film, Cruise and Stone make everyone proud to be an American, regardless of what side of the political fence they reside.