Dying for one’s country is the ultimate sacrifice for freedom. Steven Spielberg illustrates that theme with a power he often goes for and almost always achieves. In Saving Private Ryan, Tom Hanks leads a band of brothers through the invasion of Normandy and into France, where their mission is Saving Private Ryan. 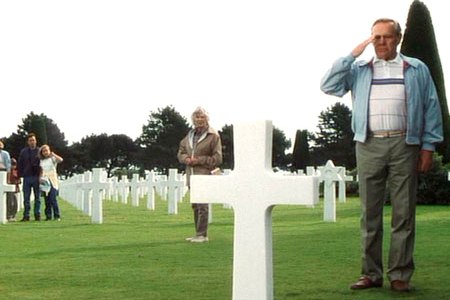 Spielberg and Hanks have weaved a film worthy of the men who gave their lives during World War II. The filmmaker’s account of the invasion of Normandy alone in the film’s first 20 minutes is enough to feel moved to do absolutely anything asked by America should the call arrive.

The new kid on the block, Act of Valor, is poised to become a classic patriotic picture. Directed by Mike McCoy and Scott Waugh, the movie blurs the lines between reality and cinema by enlisting actual active-duty Navy SEALs as actors. The America-lovin’ storyline follows the SEALs on a mission to rescue a kidnapped CIA operative and foil a terrorist plot. Action-packed and full of patriotic grit, the movie serves as a cinematic reminder that there are many men putting their lives on the line behind the scenes so we can enjoy our freedom.

Jimmy Stewart could be thought of as epitomizing the American ideal for his era. If that is the case, then Mr. Smith Goes to Washington was his A-plus, red-white-and-blue-booming patriotic film. 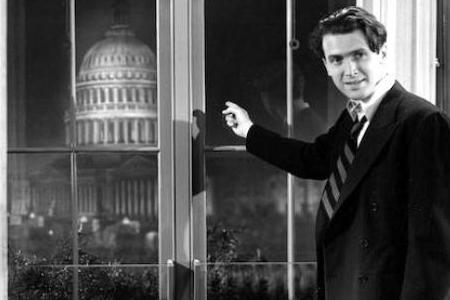 Mr. Smith Goes to Washington has never been more appropriate to watch — after the historical 2008 election, plus the upcoming sure-to-be contentious election process. Mr. Smith, as portrayed with classic panache by Jimmy Stewart, possesses the belief at his core that the average American can make a difference in the direction of the country.

Stewart is defined by many roles, but few have the patriotic power of Mr. Smith Goes to Washington. Jimmy Stewart’s Mr. Smith lives on in the millions who believe that in this great country, they can grow up to make a difference in the greatest government idea on earth — democracy.

Though at times hard to watch, United 93 chronicles — using a mix of imagination and documented events — the events aboard United Airlines Flight 93 on Sept. 11. Filmmakers worked in collusion with many of the families of the flight’s passengers to corroborate information (as well as honor the memories of those involved by respecting their families’ right to privacy).

The film was met with acclaim by critics, garnering four stars from Roger Ebert, Michael Medved, Peter Travers and James Berardinelli. In addition to immortalizing the iconic and inspiring words of passenger Todd Beamer — “Let’s roll!” — the movie donated 10 percent of the gross proceeds from opening weekend to create a memorial for the victims.

Up next: The Top 3 patriotic movies!