Discover the Top 10 Fourth of July films that celebrate how Hollywood best expresses its patriotism. The sentiment of America’s founding is seen from Tom Cruise, Denzel Washington and, of course, Tom Hanks. On film, patriotic fervor burns bright.

As America celebrates the Fourth of July, we honor the Declaration of Independence that put forth the ideals that every human soul has the freedom to pursue the unalienable rights of life, liberty, and the pursuit of happiness. Here are the Top 10 patriotic movies to fire up your Fourth of July!

Robert Zemeckis’ American odyssey Forrest Gump is not overtly patriotic. Forrest is running around saying, “Jenny loves America.” In fact, the film showcases the elements within American society on all sides. From the radicals to the conservatives to the completely disenfranchised, Forrest Gump is the quintessential cinematic celebration of America. 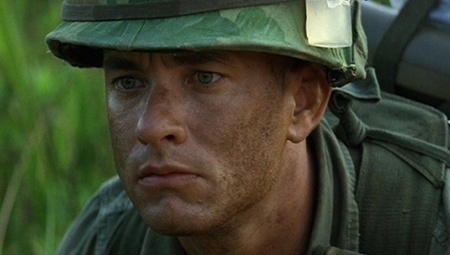 Whether a baby boomer, child or grandchild of one, in the Forrest Gump journey of the last half of what historians have called “The American Century,” Tom Hanks and Robert Zemeckis sought to tell a story and ended up telling the tale of a country evolving into a modern City on the Hill — as Ronald Reagan so eloquently put it.

And let’s not forget Forrest Gump is a classic American dream film. Gump did more than make millions from Bubba Gump Shrimp!

Glory is the true story of the first African-American military fighting force. No, this film does not take place during World War II. This is the Civil War and in Glory, these men have gathered in the North as former slaves seeking to literally earn their freedom. 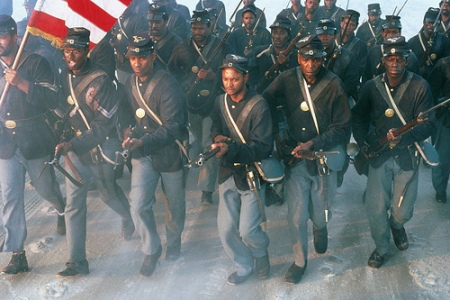 Glory is tense, dramatic, powerful and beyond compare when it comes to witnessing the birth of the racial coming together that in 2008 would elect America’s first black president.

Starring Denzel Washington and Matthew Broderick, Glory is a don’t miss regardless of the time of year.

Mel Gibson may have earned a rap for bad behavior as of late, but it doesn’t mean the actor hasn’t brought us some stellar characters in his career. In this Revolutionary War era film, he plays Benjamin Martin, a once decorated military man just trying to raise his gaggle of kids the best he can after their mother passes away. When his oldest son — a brilliant turn by the late Heath Ledger — joins the Continental Army and, later, sneaks home, he essentially brings the battle to the family’s door. As a result, his little brother is shot and killed and their farm is burned to the ground, forcing Benjamin out of retirement to form a makeshift militia. The movie’s most patriotic moment comes near the close when — in a final bid to rally his men to victory — Benjamin makes a mad dash across the battleground waving an American flag.

Up next: Tom Hanks goes behind enemy lines >>