This year’s Transformers film starring Shia LaBeouf, Megan Fox, Josh Duhamel and Tyrese Gibson is more than meets the eye. Transformers: Revenge of the Fallen left moviegoers running to the box office as the sequel broke all kinds of records on its first day of release.

Yes, that’s right. Transformers: Revenge of the Fallen debuted with $60.6 in its first day in theaters across the country — June 24.

Smashing records across the board, the latest Transformers flick beat out the previous one-day box office record of $44.2 million for the most recent Harry Potter flick in 2007. Which Harry Potter was that trivia buffs?

And if you don’t think this Transformers flick is up your alley, you may want to think again. Big robots and big explosions equate to lots of action and yes, eye candy. Did we mention hot stars Shia LaBeouf and Megan Fox rock in their Transformers: Revenge of the Fallen roles? 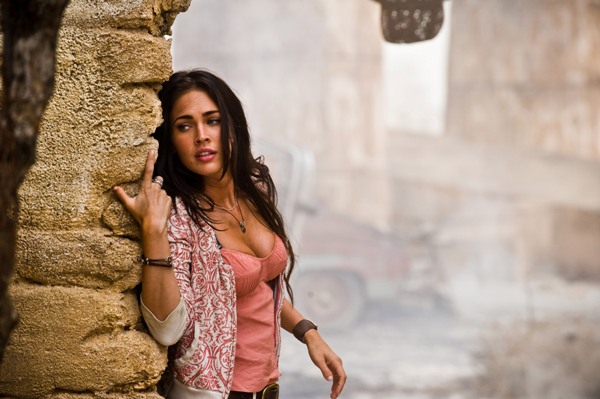 Here’s the gist of it: the battle of our planet has ended but that doesn’t mean another battle isn’t brewing. Want the scoop? According to imdb, After returning to Cybertron, Starscream assumes command of the Decepticons, and has decided to return to Earth with force. The Autobots believing that peace was possible finds out that Megatron’s dead body has been stolen from the US Military by Skorpinox and revives him using his own spark.

Now, Megatron is back seeking revenge and with Starscream and more Decepticon reinforcements on the way, the Autobots with reinforcements of their own, may have more to deal with then meets the eye.

Don’t miss our Transformers: Revenge of the Fallen coverage