Lindsay Lohan is wanted for questioning by Scotland Yard after $500,000 worth of jewels went missing from an Elle photo shoot. 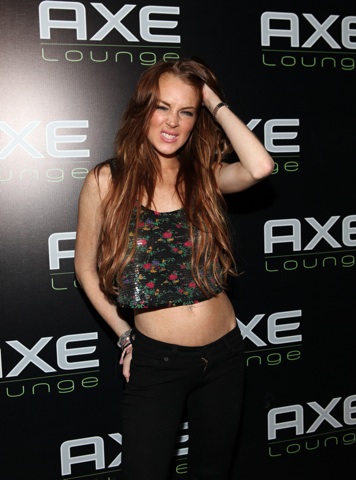 The gems — earrings and a necklace — were last seen on set in London while Lindsay was modeling them during a photo shoot for Elle magazine.

A spokesperson for the mag says, “I can confirm on behalf of Elle magazine, that items of jewelry went missing from an Elle photo shoot two weeks ago and the matter is now being investigated by the police. Elle has no reason to believe that Lindsay Lohan was in any way responsible and has no further comment to make.”

But insiders at Elle say they and the jeweler have been trying to talk to Lindsay about the situation since the baubles disappeared a few weeks ago and have received zero response — so they’ve had no choice but to get the coppers involved.

Scotland Yard says, “Officers from Westminster police are investigating an allegation of theft of jewelry from studios in Brewery Road, Islington. “The theft was reported to a central London police station on (June 8, 2009) after earrings and a necklace, believed to be diamond and estimated to be worth in the region of 250,000 (pounds), were found to be missing (approximately) two days earlier. Inquiries are continuing. No arrests at this stage.” Linds is feigning ignorance. Her rep says, “No one has contacted us yet, but Lindsay is happy to cooperate. She wants them to find the missing items.” Innocent until proven guilty? Of course, but Lindsay is no stranger to the five-finger discount. In the past she has been sued for nabbing an $11,000 mink coat from a NYC nightclub, accused of stealing over $10,000 worth of clothing from former friend and model Lauren Hastings, and has been banned from working with Louis Vuitton after allegedly stealing clothing items from another Elle shoot in 2007.