Jon and Kate Gosselin have had their share of headlines lately. Sure, the couple and their eight adorable children have their own reality show on TLC, Jon and Kate Plus 8. But one can imagine they never imagined the spotlight would shine so brightly on their personal lives and potentially destroy it. 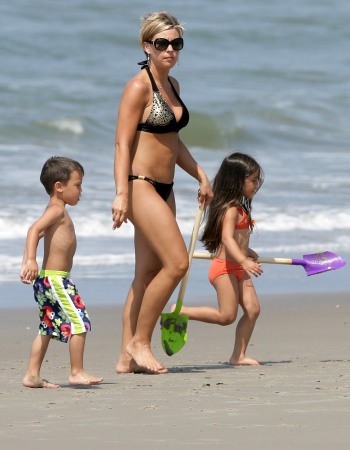 It sounds like an oxymoron, doesn’t it? To be on a reality show and not have your personal stuff exposed is hypocrisy?

While we’ve always seen the relationship at the heart of Jon and Kate Plus 8, but it is also their parenting skills put to the test on the squeaky clean show. We’ve never seen a side that’s been insurmountable before.

Of course with scandal breeds money, and their premiere last week apparently had rocket-high ratings! The second episode came back to Earth a little bit, but still managed over 5 million viewers.

Like other successful reality shows and knock-offs therein, we hear that TLC is looking for families expecting multiple births within the NY, NJ and CT area. Whether families are expecting twins, triplets or more, the channel is seeking to capture the birth of babies, witness their first breaths, first cries and all of the emotions that go along with it.

As the ad was posted on Craigslist, one can only surmise the show would not be a direct knock-off of Jon and Kate Plus 8, but rather a spin-off, if you will. The show would focus on births themselves and “firsts” with the infants so although cameras would be rolling, they wouldn’t stick around for long.

It should be interesting for sure to see what shows regarding multiple births evolve and more importantly, how Jon and Kate Plus 8 handles their situation going forward. We wish Jon and Kate Gosselin strength and composure during this difficult time… and some well-deserved peace for their eight kids.