He’s Just Not That Into You stars Jennifer Aniston, Scarlett Johansson and Jennifer Connelly in the film loosely based on the hit book. SheKnows has an exclusive clip from the film’s home video release. 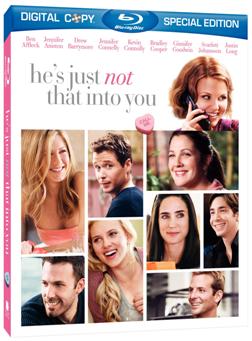 When the film debuted in theaters earlier this year, we spoke with members of cast including Johansson, Ginnifer Goodwin, Barrymore, Justin Long and Bradley Cooper.

With the film’s arrival on home video, Warner Brothers has given SheKnows an exclusive clip from the romantic comedy that sets the romantic world straight. Or, at least tries to make sense of the circus of love.

There are numerous couples and how they interact can require a scoring card in He’s Just Not That Into You. But, in general, Bradley likes Scarlett, Scarlett likes Bradley, but Bradley is married. Jen loves Ben, but Ben doesn’t want to marry Jen…you get the picture.

Crossing throughout the story and serving as its narrator is a sugary sweet Goodwin. In person, she is leagues away from her at times backbone-less character. One can cheer when she finds love (or does she?), knowing that there is a powerful actress at the heart of her character.

He’s Just Not That Into You DVD bonus exclusive clip

In this scene starring Connelly, her character is being interviewed for Barrymore’s Baltimore Blade publication.

Spoiler alert: Major plot details are revealed in this clip!

Barrymore captures the modern dating scene with aplomb while Connolly is potentially dealing with a marital nightmare. Her Oscar-winning ways are not hindered by the ensemble in the ensemble piece that is He’s Just Not That Into You.
The scenes between Ben Affleck and Jennifer Aniston are actually quite charming. They have their moments, but by the end of the film, their ride is the most believable of the various vignettes. 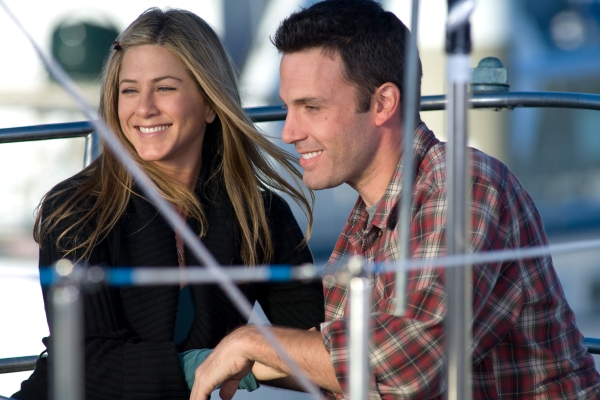 Stanard DVD extras are limited basically only including five deleted scenes with optional commentary by director Ken Kwapis. On the other hand, the Blu-ray disc includes a sample of the Baltimore Blade where Barrymore’s character works, a feature entitled Six Words that Make Up a Film, a documentary on director Kwapis’ ability to work the telephone for dramatic effect and the aforementioned deleted scenes.

Own He’s Just Not That Into You on Blu-ray, DVD and On Demand June 2.

He’s Just Not That Into You cast chats