Did you hear that deafening silence last night? That was a million Adam Lambert fans wondering what just happened when Kris Allen was named American Idol. I don’t think anyone was more shocked than Kris himself. 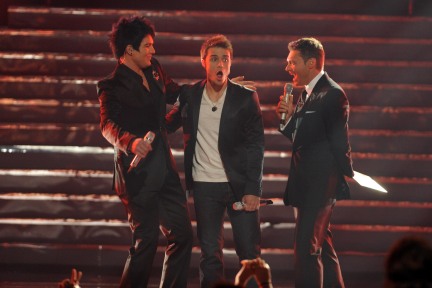 Kris even protested the win, saying it should have gone to Lambert. I guess Simon really was telling the truth when he said that both of the finalists were very nice guys. Makes you wonder about past seasons, doesn’t it?

The highlight of the night was the final number that had Adam and Kris rocking out to We Are the Champions with a mini Queen backup band. You gotta hand it to the Idol producers: They really do put on a great show.

Last night they had Kiss, Rod Stewart, Queen Latifah, Fergie, Black Eyed Peas, Keith Urban and even Steve Martin. It was quite a party, and I’d say that in spite of his loss, this won’t be the last we’ll see of Adam Lambert and, of course, American Idol.

The singing portion of the TV season is over; now it’s time to dance! So You Think You Can Dance returns tonight as we say goodbye to a couple of other TV shows.

We’re back with the fifth season of this lively dance show that has B-boys doing ballet and ballroom babes getting their funk on.

Tonight, you’ll get two hours of auditions, which are always good for a laugh and a “wow”!

From Denver to Los Angeles, Memphis to Miami the you’ll see the best dancers America has to offer. 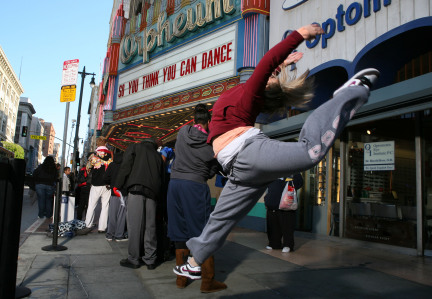 Watch So You Think You Can Dance beginning at 8:00 on Fox.

It’s a shocker of a ending for Ugly Betty, and you’ll see it all in the two-hour season finale event. First up, just as Betty agrees to move in with Matt, Henry (guest star Christopher Gorham) pays a visit to NYC, forcing Betty to admit she still has feelings for her former fiance.

Meanwhile, Betty and Marc wait to see if their YETI editor interviews resulted in actual jobs; Daniel’s transformation from playboy to devoted husband makes him a media darling, and Wilhelmina cozies up to Victoria Hartley to find out just what kind of connection Claire Meade has to Cal Hartley.

Then, at 9:00, the sudden death of a Mode editor leaves Betty and Marc competing for the same job.

Meanwhile, Wilhelmina demands that Claire tender her resignation at a big awards ceremony… or she’ll reveal Claire’s dark secret to Cal Hartley; Matt lets his jealousy over Henry get the best of him; and Justin nervously waits to see if he got into performing arts school. 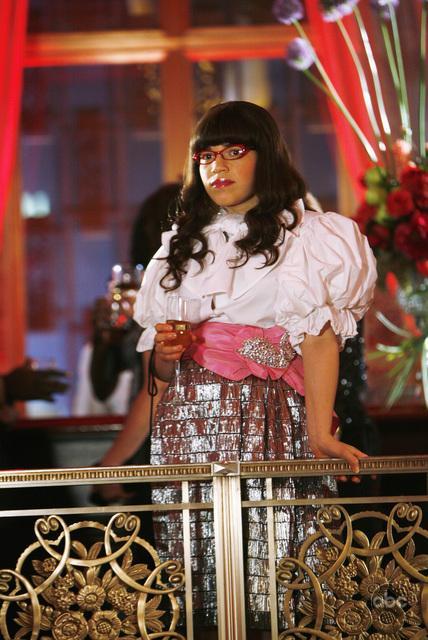 Don’t miss the season finale of Ugly Betty beginning at 8:00 on ABC.

This gritty crime drama comes to an end after a short run, but don’t worry: The series will be back next year.

Tonight, though, the day takes a turn for the worse when officers find a member of the Marta’s Avenue gang dead in a trunk outside Dodger Stadium. Meanwhile, Detective Bryant convinces Lydia to take in Janilla (guest star, Carla Jeffrey of Curb Your Enthusiasm) to ensure her safety. It’s an exciting finish for this freshman drama.

Though NBC passed on another season of Medium, the owner of the show, CBS, has decided to pick it up.

The New York Post says that Bravo is quietly looking around for a new real housewife of New York City. Says the paper, the current cast is asking for more money — this, after already climbing to $50,000 per episode from their starting salaries of $5,000.

The rumor around the old Internet watercooler is that Fringe star Kirk Acevedo was fired from his role on the series. It’s likely due to budget cuts that were forced on every TV series for the coming year. If it’s true, I’ll miss him.

Nickelodeon has ordered a pilot based on the Dreamworks movie Monsters vs. Aliens. Cute.