Howard takes us inside the Terminator mythology

Terminator: Salvation opens in theaters May 21 and there could not be more pressure on Bale’s shoulders. After successfully leading the Batman reboot, Bale is the iconic John Connor. Bryce Dallas Howard portrays Bale’s wife Kate Connor in Terminator: Salvation. Whether it is the tackling of a classic Hollywood mythology in the Terminator series, the fact that star Christian Bale had an onset temper meltdown that was broadcast to millions via the internet, or if audiences are ready to go back to the Terminator future — there are dozens of questions following this highly anticipated fourth movie installment.

Howard provides a unique perspective on the entire Terminator: Salvation on-set experience. Howard believes audiences will quickly forget Bale’s behavior and focus on his stellar talent the second he hits the screen. Bale has never been crisper and his scenes with Howard ring of the truth that Ron Howard’s little girl has brought to roles for several years. 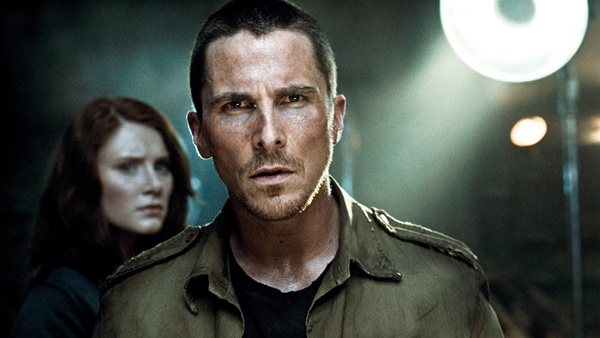 Audiences first fell for Howard in her father’s 2000 hit How the Grinch Stole Christmas. But, it was when she stole scenes in M. Night Shyamalan’s The Village that Hollywood truly stood up and took notice. Her blind character was in fact, the person driving the sight of the entire plot.

Howard returned to work with Shyamalan again in Lady in the Water with Oscar nominee Paul Giamatti.

Terminator: Salvation has much riding on its success. For Howard, it is a challenge she welcomes. Especially when she believes that Bale, director McG and company have delivered a summer movie to remember. 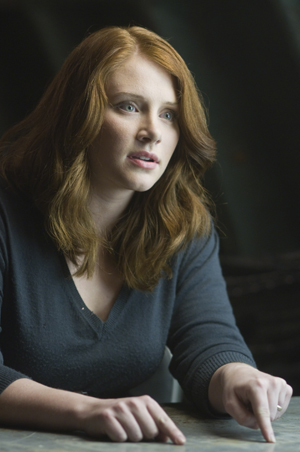 SheKnows: Bryce, this is truly a pleasure. How is your Terminator: Salvation press day going?

SheKnows: What was it like making a McG film? Honestly, his body of work would dictate that would be quite fun.

SheKnows: But, this is a little darker of a film than he usually produces. Was it still fun?

Bryce Dallas Howard: It was a load of fun. I can confidently say, it was the most fun I’ve ever had on a set because he is so inherently passionate and playful and excitable and that energy trickles down to everyone.

SheKnows: You yourself are no stranger to big budget films with your great turn in Spiderman 3. How does this a Terminator or a Spiderman differ for you in the preparation department as opposed to working with Kenneth Branagh on As You Like It.

Bryce Dallas Howard: Oh, that’s a good question. For me, because I’m not involved in the production side, the approach is always the same — trying to create the most truthful character in imaginary circumstances. Then, collaborating with the people you’re working with and accessing what’s going to best serve them and their process. I don’t know — I feel I’ve been very fortunate because on the whole I’ve worked with filmmakers who have a really a singular vision of their work and what they want to create. So, it’s not like I stepped onto a big-budget film and I just feel the money or the pressure. I don’t feel any sense of scattered-ness. It’s always been that I feel I’m stepping onto the set of an auteur each time.

SheKnows: Judging by your resume, that’s exactly what you’ve done (laughs). Now, what do you think it is about the Terminator mythology that is captivated generations now?

Bryce Dallas Howard: I think it’s two things in my opinion. I think it’s the expression of a universal fear that we all have that the end of the world is coming and that our, the choices that we’re making our contributing to that path. I think there’s a fascination with seeing that realized. I think the second thing is that seeing, in the midst of devastation, a hero emerge who can lead us to triumph. I mean, I think those are two very archetypical storylines or characters or things that people have always been fascinated by.

SheKnows: You, honestly could not be more intimately involved in the mythology playing John Connor’s wife.

SheKnows: Has that presented any different challenges for you or again, is it simply about creating an honest character?

Bryce Dallas Howard: It’s about creating an honest character. I mean, it’s really fun. (Laughs) it’s really fun because I feel a part the movie history. It’s exciting (laughs). It’s not like being a peripheral character that is there just for a moment and go away. It’s exciting that I’m literally carrying the child of John Connor. 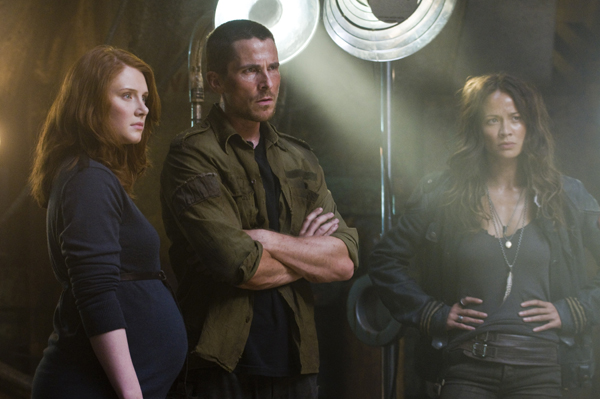 SheKnows: I’ll help you out of that oneâ€¦I spoke with Anton Yelchin last week for Star Trek and gosh, what young talent (laughs).

SheKnows: Such a great head on his shoulders — great sense of humor. What was he like to work with?

Bryce Dallas Howard: Exactly like that — hilarious. He’s hilarious, he’s genuine. I adore him (laughs). I’ve had such a good time with him today. He’s such a good guy.

SheKnows: Have you met his mom today?

SheKnows: Isn’t she? What a delightful woman.

Bryce Dallas Howard: She really is.

SheKnows: Speaking of acting powerhouses — Christian Bale. I’ve admired him since Empire of the Sun. People may talk about other things with him with this movie. For you, as an artist, what was the experience, what do you take away from sharing time with Christian Bale the actor?

Bryce Dallas Howard: He is incredibly focused and dedicated. He is profoundly humble. It’s always about the work for him and not in some self-indulgent way. Because of his approach and his natural ability, it totally raises the bar. It was great for me because I could be carried by this actor (laughs). Because he’s so good. But I like to see if maybe I can contribute something. That was always the conversion in my head. How can I contribute to what Christian has already created? 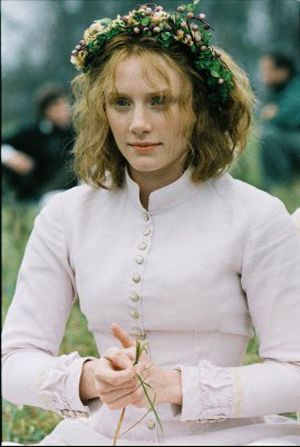 SheKnows: Speaking of great performances, I was taken with yours in The Village.

SheKnows: Growing up with a visionary filmmaker as you did in Ron Howard, how did you find — what I think is another one — in M. Night?

Bryce Dallas Howard: Perfect! For me working with Night was a huge stroke of luck to join that film. He saw me in a play in cast me in that movie (laughs). It really came out of no where for me and he really carried me. I had six months of rehearsal with him privately to work through everything. I had a huge learning curve. He held my hand through that whole process. I feel genuinely blessed to have worked with him and to have forged a friendship with him.

SheKnows: Hopefully we’ll see you in one of his films again soon.

Bryce Dallas Howard: That would be cool!

SheKnows: You had success before you became a mom and if having the success and pursing the career of your dreams if that provides any challenges for you now that you have to think about someone other than just you?

Bryce Dallas Howard: Yeah, it does. It does because I always feel a responsibility to question my choices — to not do anything arbitrarily because it affects my son. That could be literally anything from the time I’m spending with him to the quality of time I spend with him. The roles I’m doing and how that’s going to affect him emotionally. Where logistically (laughs) the location of it is, it’s a number of new factors having a young family. All of these things I welcome because of the joy and the incredible contribution he is to my life. He’s (laughs) a hoot. He’s so great. It’s funny, I was reading some Francis Ford Coppola quotes the other day and he said that his advice to any young filmmaker is to get married and have children young.

Bryce Dallas Howard: I found that to be so interesting. I read further because they provide inspiration and raise the stakes for you. It’s true. You can’t help but take everything a bit more seriously.