It’s May 1 and season finales are approaching! Tonight is a haunting Ghost Whisperer the 100th episode of Numb3rs and it’s part of a chain of events that might just drive Charlie insane.

I’m going insane after seeing the coming attractions for the Supernatural season finale. Sam and Dean are having a knock-down drag-out fight. Dean tells Sam if he walks out to never come back and then there’s Dean agreeing to turn his life over to the Lord so he can stop the coming apocalypse. It’s going to be a heart-breaker. I can see that already.

Sticking with the CW a moment, check out how Gossip Girl is getting in on the buzz. Their May 4 episode is called Wrath of Con (get the joke?) Here’s a clip:
Don’t miss SheKnows Star Trek week May 4 through 8 with interviews with the entire cast including star Zoe Saldana and creator JJ Abrams.

Lastly, I’ve got to talk about Jewel’s comment to Melissa Rycroft regarding her recent injury on Dancing with the Stars. Dance or withdraw from the competition. According to SheKnows Caroline Gutierrez Goddard, Jewel thinks it’s not fair for an injured dancer to be given any score at all. She thinks Melissa should have been eliminated last week when she couldn’t perform. What do you think? I think Jewel is still burned over having to drop out herself and she’s being a tad harsh. It is, after all, just a TV show.I can’t believe I just typed that. I need a moment of silent reflection while you read about what’s on tonight. 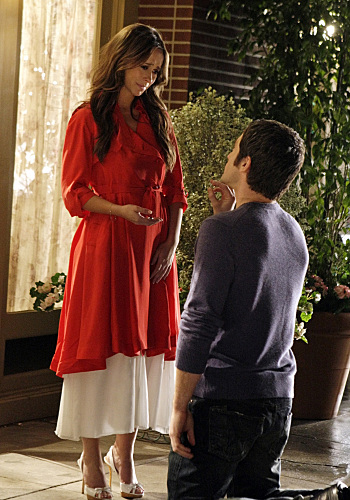 ABC has the season finale of both Wife Swap and Supernanny. That’s followed by a new 20/20.NBC has the season finale of Howie Do It, followed by a rerun, which makes no sense, and then Dateline.CBS has an exciting night planned. First Jennifer Love Hewitt deals with a haunted dollhouse on Ghost Whisperer, then, viewer discretion is advised for a Flashpoint about a school shooting. The night ends with Charlie on the trail of a serial killer, or is he…on Numb3rs.The CW is all reruns, Everybody Hates Chris, The Game, and America’s Next Top Model.Fox has new episodes of Prison Break and Dollhouse.

Dogtown and Dog Whisperer are new on National Geographic.BBCAmerica has a mini Mistresses marathon which includes one new episode.A&E is playing CSI Miami all night.If you’re up for a movie, it’s Sean Connery night on TCM and FX has the very funny The Devil Wears Prada. 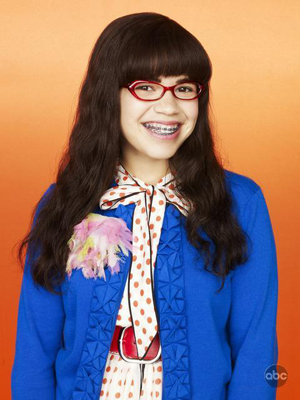 Disney Channel has picked up a third season of Wizards of Waverly Place and there is also a Wizards movie in the works.Ugly Betty will get her braces off by the end of the season and apparently that’s big news.Gossip Girl’s Ed Westwick will guest star on an episode of Californication.Senator John McCain will be hosting AMC’s Memorial Day movie marathon this year. It’s dedicated to all the brave men and women of the armed forces and the movies include Midway (1976), Patton (1970), The Longest Day (1962), Hamburger  Hill (1987), Tora! Tora! Tora! (1970) and Battle of the Bulge (1965).Photo credit:
Ghost Whisperer: Cursed — While she and Jim (David Conrad, right) rekindle their romance, Melinda (Jennifer Love Hewitt, left) grows fond of a girl’s dollhouse that appears to be full of ghosts in need. Photo: Sonja Flemming/CBS
Ugly Betty – America Ferrera stars as Betty Suarez. Photo: ABC/Andrew Eccles

Read on: more tonight on TV