Susan Boyle is an overnight international singing sensation — and rightly so — from her performance on Britain’s Got Talent. Now, Boyle has gotten a bit of a makeover. 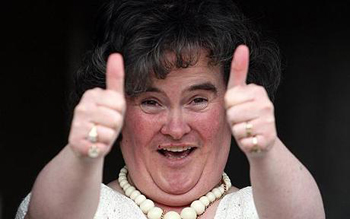 Miss Boyle dazzled us April 11 on Britain’s Got Talent, when she performed I Dreamed a Dream from Les Miserables in the first round. And she’s made the rounds on YouTube worldwide, with views approaching 100 million.

Here’s the kicker: The Scottish woman originally drew guffaws at her less-than-glam-like appearance. But Susan Boyle showed them… Her vocal performance was astounding, and she received — you guessed it — a standing ovation. Judges on Britain’s Got Talent responded with their biggest “yes” ever.The beauty of the Boyle’s story lies within. Her tale is about believing in yourself, having immense talent and overlooking the outside package — so to speak. 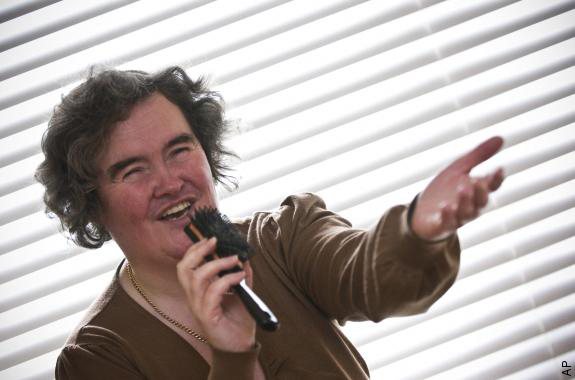 That’s why it’s odd that her new look is making headlines. The songstress has a new hairdo and has said unequivocally to the Daily Mirror that she is not changing her look, but she is thinking about a wardrobe re-do.

“I need to sort out my dress sense,” she says.