Dick Cook, chairman of Walt Disney Studios, told Variety the corporation’s aim was “to bring event films, as only Nature can tell, to audiences around the world and for generations to come.” 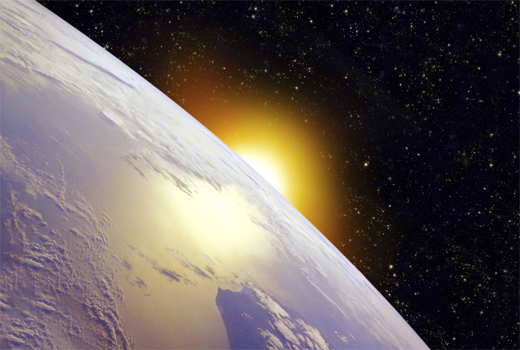 Appropriately released today, Earth Day 2009, the film likely will draw movie, nature and environmental enthusiasts alike in its opening week. From April 22 through April 28, Disney will plant a tree for every ticket sale the movie makes. So to those moviegoers, don’t be shy!

“Nobody has spent so much time, ever, making a wildlife film,” says British filmmaker Alastair Fothergill, co-producer of BBC’s The Blue Planet.

The film took some 2,000 days to shoot in more than 200 locations. Narrated by James Earl Jones, Earth tracks the migration patterns of such animals as elephants, polar bears and humpback whales around the world.

Upcoming Disneynature projects include Africa-set documentaries Chimpanzee and Big Cat, both of which Fothergill will co-direct. French directing duo Jacques Perrin and Jacques Cluzaud will produce the undersea adventure Oceans as well as Naked Beauty: A Love that Feeds the Earth, which will use time-lapse photography to reveal the grandeur of flowering plants, according to reports by Variety.

Co-producer of the 2005 Oscar-winning documentary March of the Penguins, Jean-Francois Camilleri will run Disneynature.