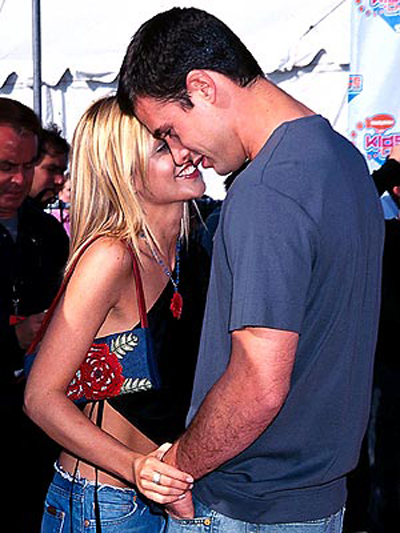 After six years of marriage, Sarah Michelle Gellar is pregnant!

That’s right, our butt-kicking Buffy the Vampire Slayer actress is now an expecting mom. Along with her hubby Freddie Prinze, Jr, the couple have announced they’re expecting their very first baby. The thirty-one-year old talented actress is due in the fall.

As for what they’ve been up to lately? Gellar, an alum of All My Children, will be working on the HBO pilot, The Wonderful Maladays as an executive producer. The son of legendary comic Freddie Prinze, Gellar’s hubby recently worked on the comedy pilot, No Heroics.

In our interesting factoids of the day, Gellar, an Emmy award-winner from her role on All My Chidlren, began her acting career in commercials.

In 1982 Gellar was front and center as the Burger King girl. The Burger King Girl mentioned their competitor’s name during the segment. You can guess what happened next: McDonald’s sued not only Burger King but Sarah Michelle Gellar, too!

Since her line in the commercial was “I only eat at Burger King,” Gellar had to enter a McDonald’s in a disguise!

As for the kicker? The irony that can only happen in Hollywood — McDonald’s served as a sponsor of Buffy the Vampire Slayer on the former WB.